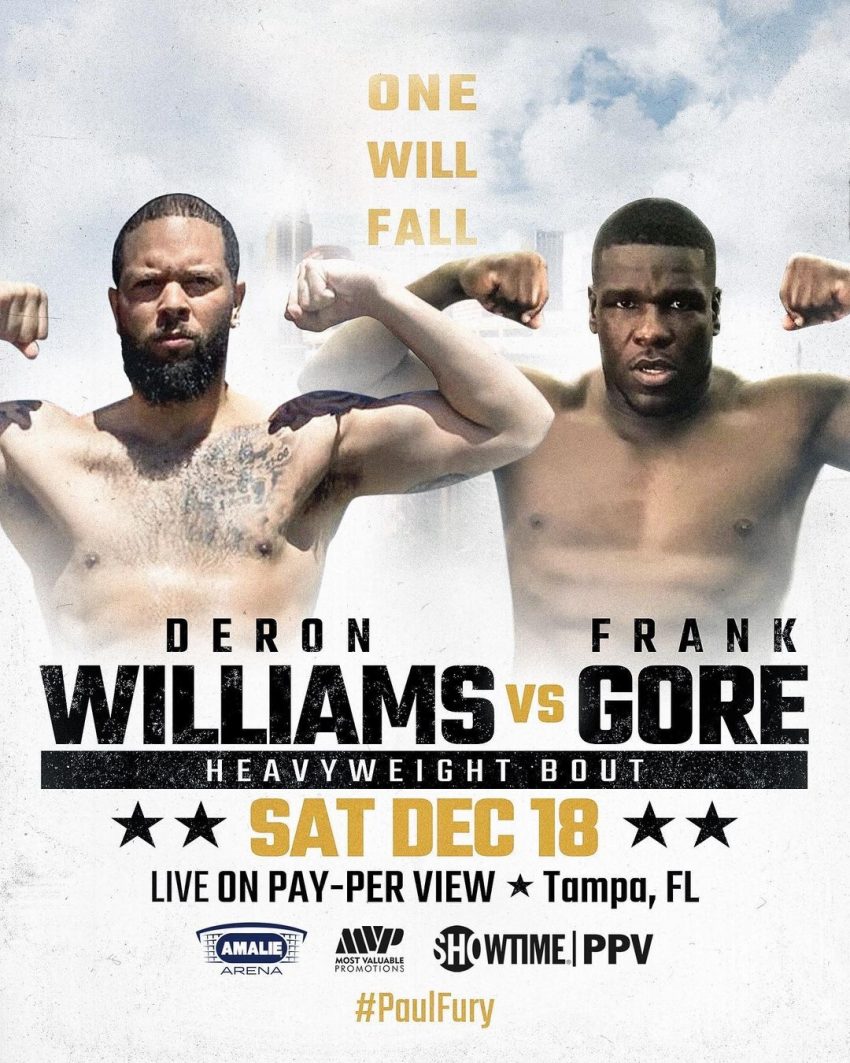 The match will be part of the undercard when Jake Paul takes on Tommy Fury on Dec. 18. The Gore-Williams fight is slated for four rounds. Both fighters will fight at 215 pounds.

Gore, 38, played in the NFL last season, starting 14 games for the New York Jets. Gore took up boxing during the offseason, and said he was looking to get in the ring in September, according to NFL Network’s Ian Rapoport.

Williams, 37, hasn’t played in the NBA since the 2016-17 season. It’s unclear if Williams has boxing experience. He was a state wrestling champion growing up and has gotten into MMA after his basketball career. Williams co-owns an MMA gym in Dallas. It sounds like he has some fighting skill.