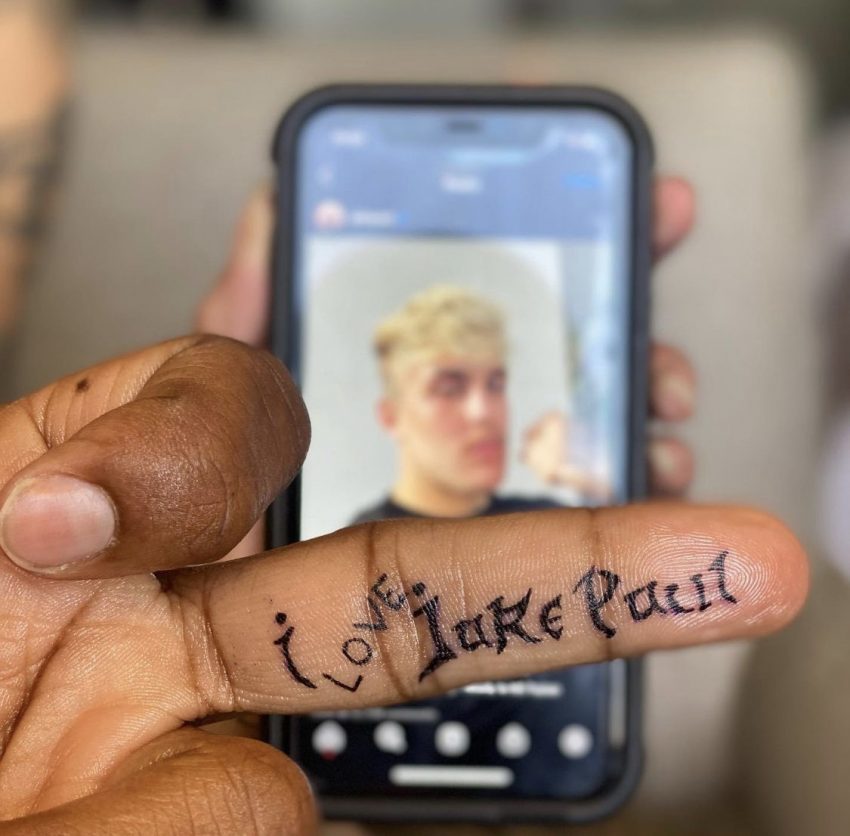 Before Tyron Woodley and Jake Paul fought, the former UFC champion said he would get an “I love Jake Paul” tattoo if he lost to the YouTube star. Woodley did eventually lost to Paul, via split decision, on Aug. 29.

Woodley had to get a 3×2 tattoo and it could not be covered. The ink had to be permanently on his body and he would have to show it on social media. Finally, the tat had to be visible with shorts and a shirt on.

Woodley followed through on Monday, revealing he got the tattoo on his middle finger.

“I love you son. Now come and get this a– whippin cause i heard you been talking back to your elders,” Woodley captioned the photo of the tattoo pic. “WHERE YOU AT?!”

Looks like Tyron Woodley got the “I love Jake Paul” tattoo 👀 pic.twitter.com/d8ARGrypc7