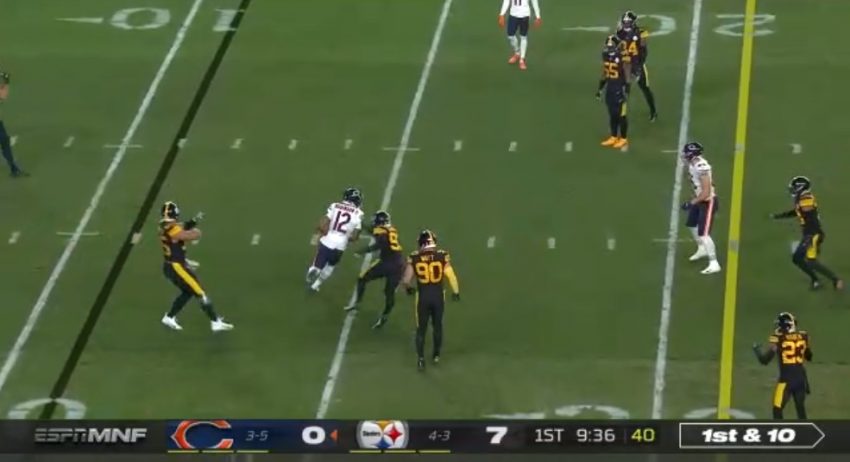 Week 9 of the 2021 NFL season was chock-full of upsets, and there was nearly another one on “Monday Night Football,” with Bears rookie Justin Fields exploding in the fourth quarter to guide a comeback attempt in Pittsburgh. But the Steelers had the last laugh on a scrappy night full of big hits, polarizing penalties and special teams blunders, with Chris Boswell sealing a 29-27 victory for the home team, giving Pittsburgh its fourth straight victory and inching the AFC North contenders one step closer to the division-leading Ravens.

The Bears fall to 3-6 on the season with Monday’s narrow defeat, their fourth straight. The Steelers, meanwhile, are officially on a hot streak after opening the year 1-3.