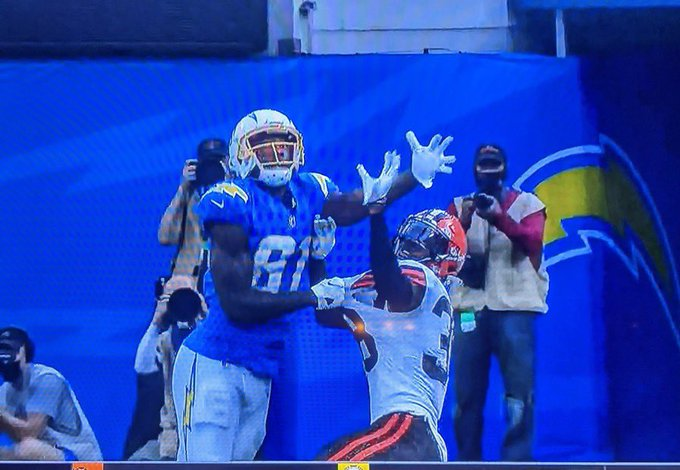 After a combined 89 points — and despite missing a late extra point that would’ve tied it — the Los Angeles Chargers came out on top in a battle of one-loss teams with the Cleveland Browns on Sunday, 47-42. It looked as though Cleveland just needed to run out the clock after Chargers kicker Tristan Vizcaino missed an extra point to keep Los Angeles trailing by a point with around three minutes remaining. However, the Chargers got the ball back and scored, making it four touchdowns and a field goal on their final five possessions, to sneak away with the home win.

Justin Herbert went IN to help the Chargers beat the Browns 🔥 pic.twitter.com/NPECODh2eb

The Browns made NFL history … and still lost to the Chargers 🤯 pic.twitter.com/GY5kIpsWht