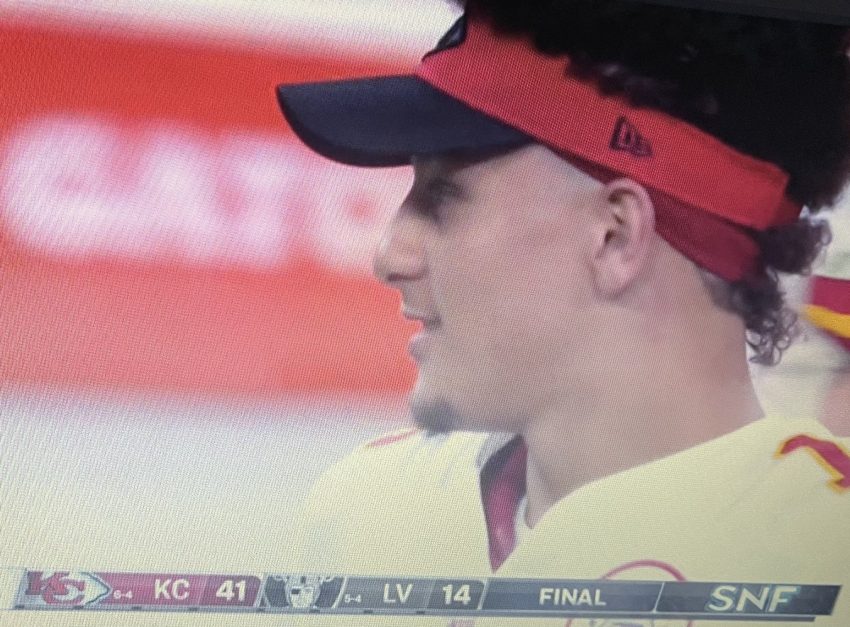 The Raiders came into “Sunday Night Football” with a chance to at least slightly bury the defending AFC champion Chiefs in the crowded West. Instead, they got buried on their own turf. Derek Carr and Co. kept pace with their division rivals into the second half a week after being upset by the Giants, but from halfway through the third quarter on, it was all Chiefs, with Patrick Mahomes seemingly reverting to MVP form, Tyreek Hill and Travis Kelce exploding with him, and Steve Spagnuolo’s defense blanking Vegas down the stretch en route to a 41-14 blowout.

The Chiefs have not looked pretty for much of 2021, but on Sunday night, they looked like contenders once again. And now, at 6-4, they are officially atop the AFC West with the playoff picture just starting to take shape.