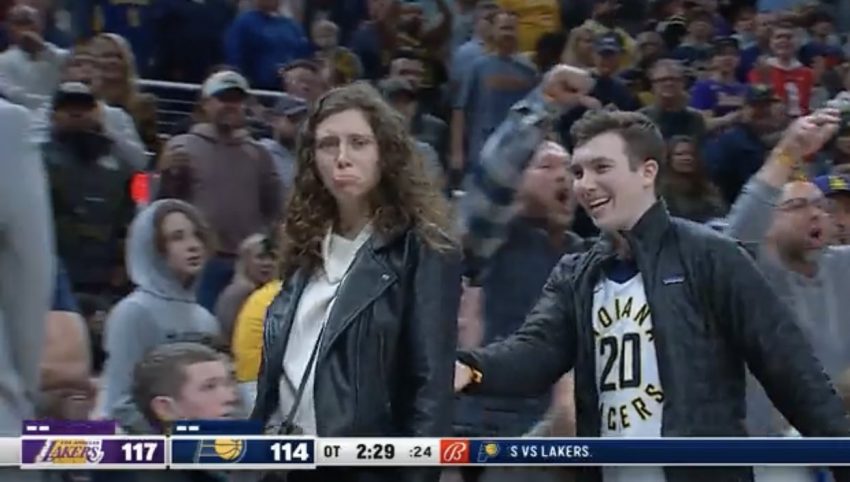 LeBron James had arena officials in Indiana remove two fans who he said were “outside the line with obscene gestures and words.”

James scored a season-high 39 points to lead the Los Angeles Lakers to a 124-116 overtime win against the Indiana Pacers. He also had a pair of fans ejected from their courtside seats at Gainbridge Fieldhouse in Indianapolis.

With 2:29 left in the extra period, James brought referee Rodney Mott over to the sideline and demonstratively pointed and gestured at two fans. An arena official approached, then another, and after a brief conversation with Mott, the officials escorted a man and a woman from their first-row seats on the floor.