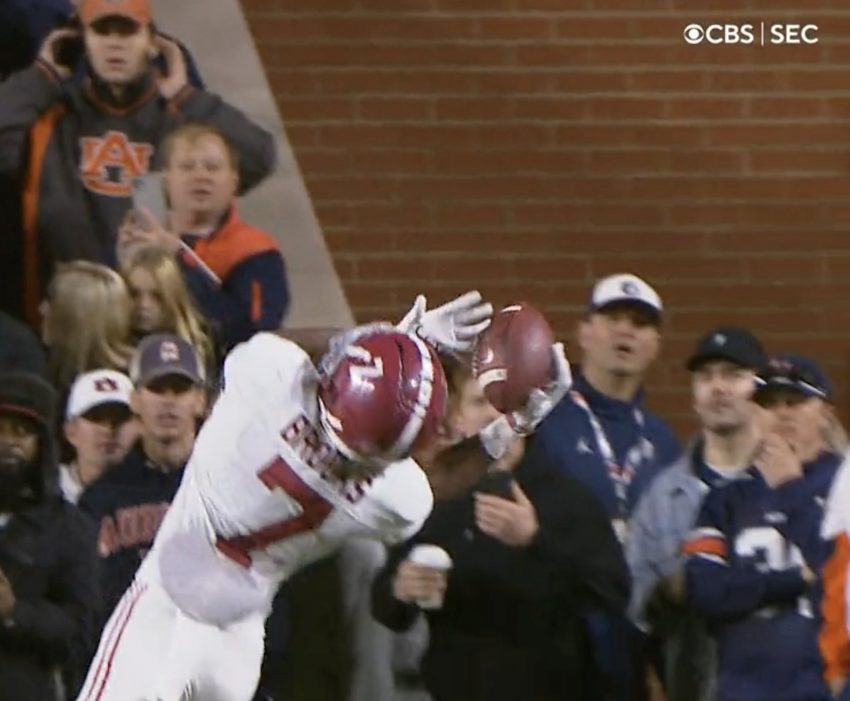 No. 3 Alabama completed a rally for the history books to knock off Auburn, 24-22, in four overtimes on Saturday in the Iron Bowl. The first game in rivalry history to continue past regulation started with the Crimson Tide trailing 10-0 until midway through the fourth quarter. However, the Tide finally scored their first touchdown with 24 seconds left to force overtime.

Once there, the teams traded touchdowns in the first OT period and swapped field goals in the second to set up a battle of two-point conversion plays beginning with the third OT. After both teams converted their first attempts, Alabama won the game in the fourth OT when wide receiver John Metchie III hauled in a pass from quarterback Bryce Young to end the game.

The victory sends Alabama (11-1) to next week’s SEC Championship Game against No. 1 Georgia (12-0). The loss means that Auburn finishes the regular season with four consecutive defeats and a 6-6 overall record under first-year coach Bryan Harsin.