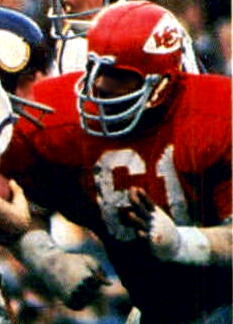 Curley Culp, a Hall of Fame defensive lineman who won a Super Bowl with the Chiefs and numerous accolades with the Oilers, died on Saturday, his family announced. He was 75.

Curley played 14 professional seasons for Kansas City, Houston and the Detroit Lions, reaching six Pro Bowls and earning NFL Defensive Player of the Year honors from the Newspaper Enterprise Association for the Oilers in 1975. The defensive tackle was a member of Kansas City’s 1969 Super Bowl-winning team.

A Yuma, Ariz. native, Culp went to Arizona State to compete in football and wrestling and stood out in both.