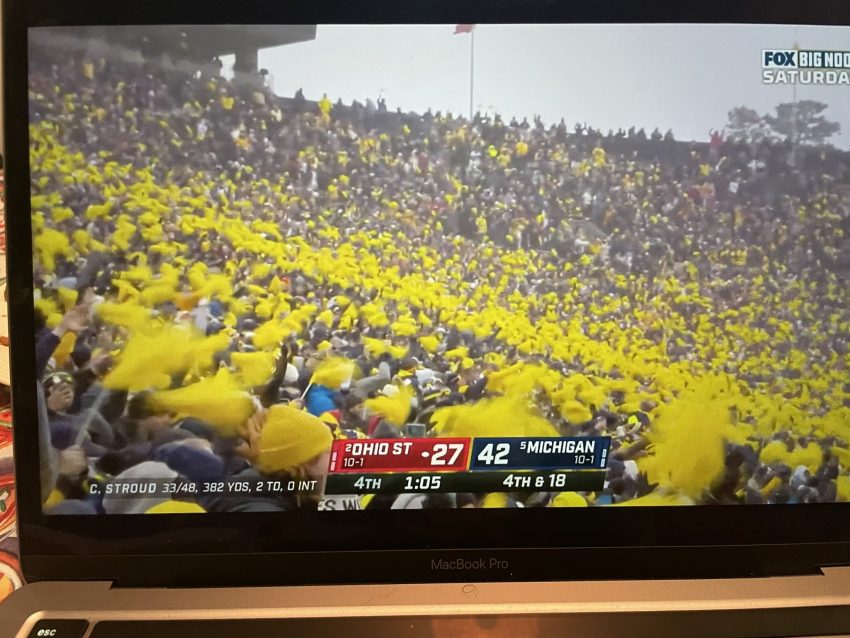 No. 5 Michigan beat No. 2 Ohio State 42-27 to end the program’s eight-game losing streak to the hated Buckeyes, and give Jim Harbaugh his first win over Ohio State as coach at Michigan. The win clinches the Big Ten East title for the Wolverines for the first time since 2018, meaning the Wolverines will play in the Big Ten Championship Game next week.

The key to the game was Michigan’s rushing attack, led by Hassan Haskins. Haskins finished the day with 169 yards rushing and an astounding five touchdowns. Aidan Hutchinson carried the load for the Michigan defense, picking up three sacks to set a new single-season Michigan record with 13 on the season.

No. 5 Michigan stuns No. 2 Ohio State at The Big House 〽️

For the first time in 9 years the Wolverines get it done against the Buckeyes 🔥 pic.twitter.com/oWeIY6tUf8