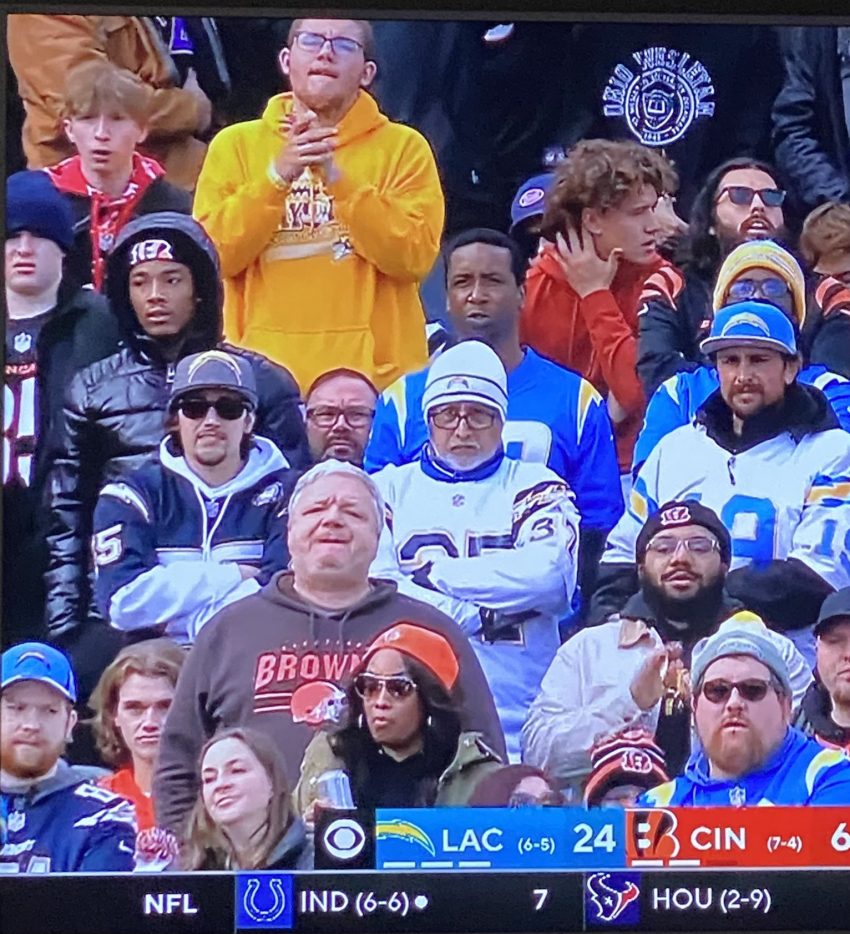 Justin Herbert passed for three touchdowns and Tevaughn Campbell returned a Joe Mixon fumble 61 yards for a score, helping the Chargers hold off Joe Burrow and the Cincinnati Bengals for a 41-22 victory on Sunday.

Herbert was 26 of 35 for 317 yards as Los Angeles (7-5) rebounded after losing 28-13 at Denver last weekend. Mike Williams had five receptions for 110 yards, and Keenan Allen caught two of Herbert’s TD passes.

The Chargers got off to a 4-1 start this season, and then dropped four of six. So when Cincinnati turned a 24-0 deficit into a tight game, Herbert and company kept their composure — then put the Bengals away.

Will #Chargers RB @AustinEkeler find the end zone today in a big game vs the Bengals? pic.twitter.com/GYByrOXjbA