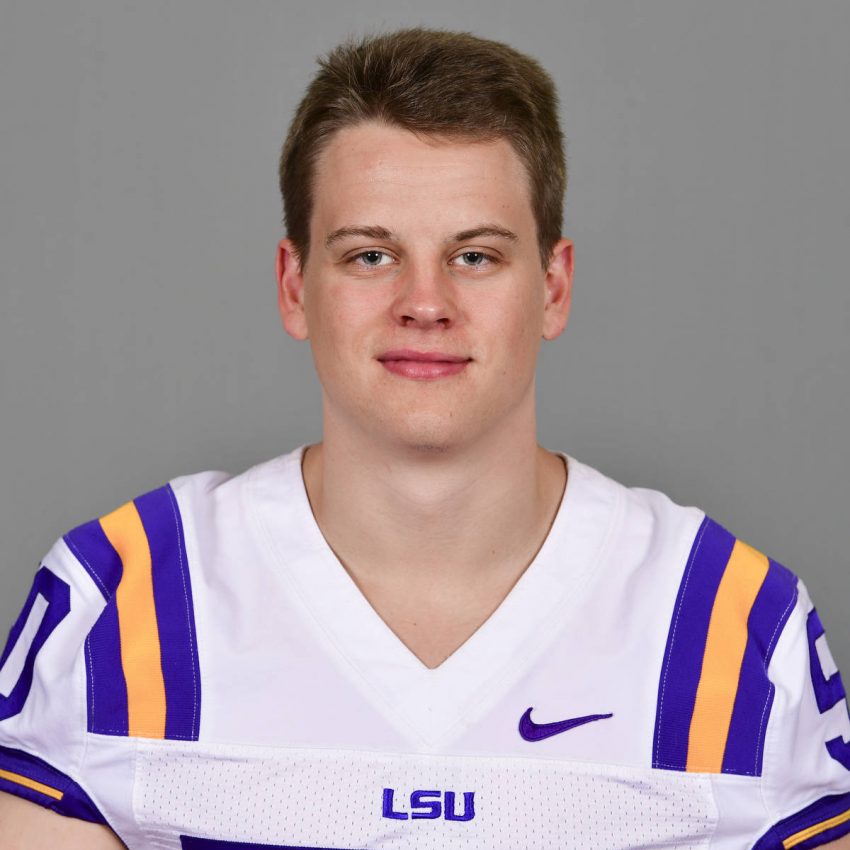 Burrow, who won the 2019 Heisman Trophy and led LSU to a national title over Clemson University in January, was picked up by the Cincinnati Bengals. The redshirt senior was expected to be the first round pick as questions continue to swirl around the future of longtime Bengals quarterback Andy Dalton.

Burrow threw 463 yards and five touchdowns in the championship game that brought LSU its fourth title. The 23-year-old began his collegiate career at Ohio State University in 2015, where he played in only 10 games, and transferred to LSU in 2018.

The Bengals are in desperate need for new blood after an abysmal season last year. Dalton, who was drafted to the team in 2011, dragged during the 2019 season before being benched. He was replaced by rookie Ryan Finley after an 0-8 start to the season, only to return once the Bengals lost another three games.

Joseph Lee Burrow (born December 10, 1996) is an American football quarterback for the Cincinnati Bengals of the National Football League (NFL). He played college football at Ohio State and LSU. In 2019, his second and final season with LSU, Burrow passed for over 5,600 yards with 60 touchdowns, the latter being the most in a single season in NCAA FBS history. That year he led LSU to victory in the 2020 National Championship Game. He won several awards and honors for his performance, including the Heisman Trophy. Many journalists and sportswriters deemed the season to be the greatest ever by a college quarterback.
He was drafted first overall by the Bengals in the 2020 NFL Draft.