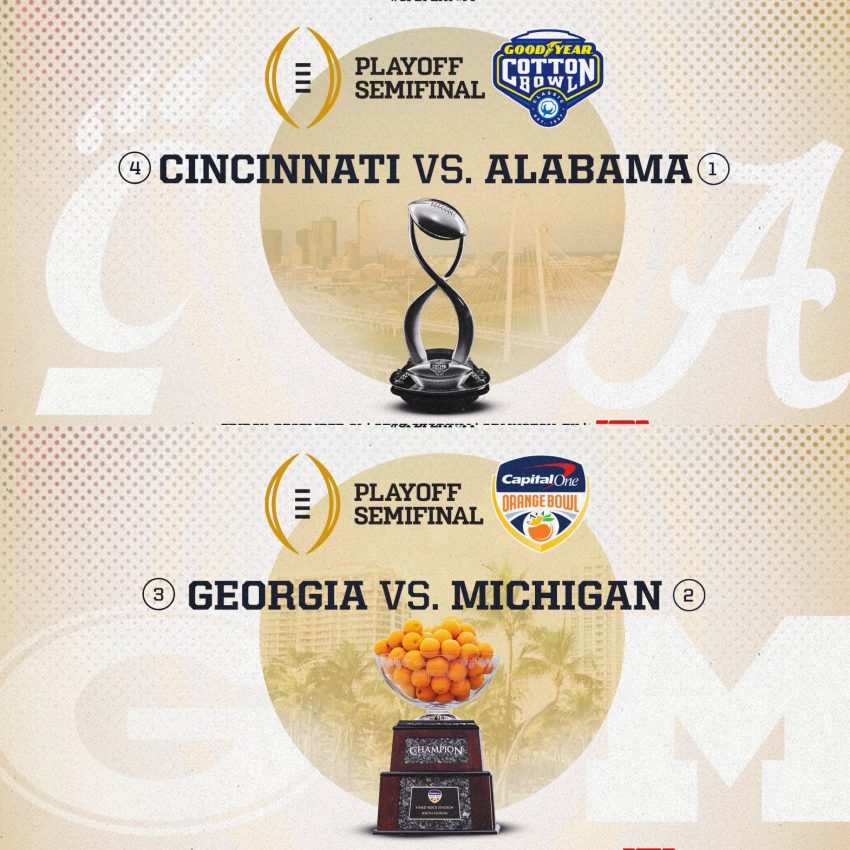 No. 1 Alabama will face No. 4 Cincinnati on New Year’s Eve, and No. 2 Michigan will face No. 3 Georgia in the other CFP semifinal game. The winners will play on Jan. 10 in the national championship game in Indianapolis, Indiana.

Alabama’s dominant performance in its 41-24 win over Georgia in the SEC championship game catapulted the one-loss Tide to the top spot. Michigan’s 42-3 dismantling of Iowa in the Big Ten championship game solidified the Wolverines at No. 2. Georgia dropped to No. 3 in part because of its lopsided loss, but also stayed behind Michigan because it didn’t have a conference title, and the Wolverines defeated the Hawkeyes so soundly on the Big Ten’s biggest stage.