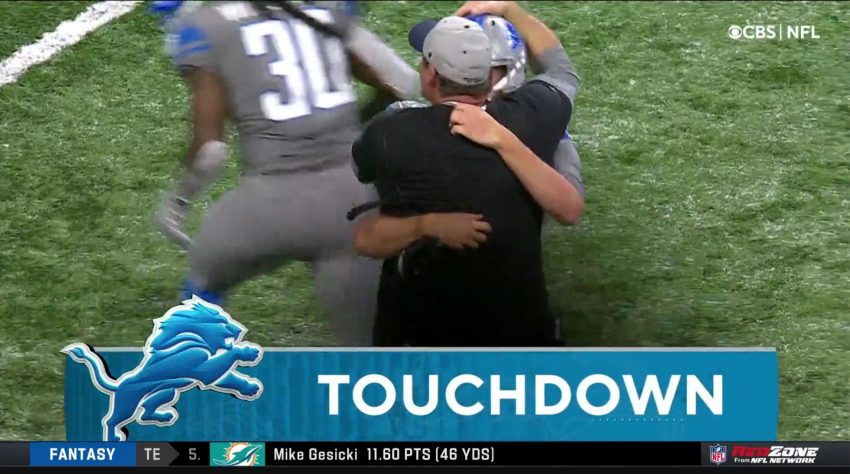 It took 13 weeks, but the Lions are no longer winless. Exactly 365 days after their last victory, Detroit stunned the NFC North rival Vikings on Sunday, with Jared Goff firing an 11-yard touchdown pass to Amon-Ra St. Brown as time expired to lift the Lions over Minnesota, 29-27, claiming their first win of the 2021 season.

The @Vikings. Good lord! They give up the game-winning TD as time expires to the then-winless @Lions. I know Cousins doesn’t play defense, but I’m just not surprised that HiS team would lose a game like this! Who’s their leader? Don’t expect Zimmer here after this season.

Some notable streaks in play today:

– Tom Brady is 9-0 in his career against the Falcons

– The Eagles are 11-0 in franchise history against the Jets

– The Chiefs have won 11 straight against the Broncos

– The Vikings have won 8 straight against the Lions