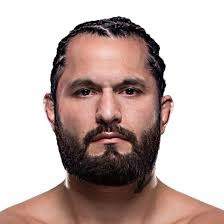 Jorge Masvidal has named his price to fight Jake Paul, demanding $20m to break out of his UFC contract.

The YouTuber-turned-boxer Paul called out the UFC star Masvidal after beating Tyron Woodley by knockout on 18 December.

Paul made it five wins from fight professional fights since beginning his boxing career, and he is now keen to take on another MMA star.

Initially Masvidal rejected Paul’s offer, saying: “I either fight the best people or I fight for money. And you’re neither of those. You ain’t paying the right amount of money.”

“Let’s make it happen. That’s the most you have ever gotten paid. Period, time triple. Daddy Dana [Dana White, UFC president] just has to let you out of your contract. You work for the UFC. You’re a b***h basically.”