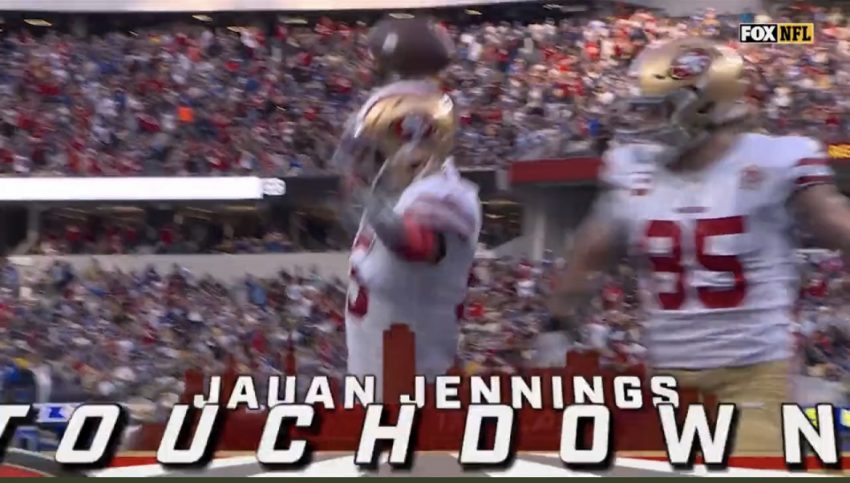 The San Francisco 49ers punched their ticket to the postseason Sunday, as they defeated the Los Angeles Rams, 27-24, in overtime. It marked the sixth straight victory for the 49ers over the Rams, and also knocked the Rams down from the No. 2 seed in the NFC to the No. 4 seed.

The 49ers’ first lead came in overtime thanks to a Robbie Gould field goal that was the eventual game-winner. Matthew Stafford and Co. jumped out to a 17-point lead in the first half thanks to a pair of Tyler Higbee touchdown catches to go along with a field goal. However, momentum changed in the third quarter when San Francisco scored 14 unanswered points. Stafford completed 15 passes in the first half with just one incompletion, but failed to complete a single pass in the third quarter.

I hate the Rams so much.

And the 49ers now have beaten the Rams a sixth straight time to wrap up the NFC’s last playoff spot.