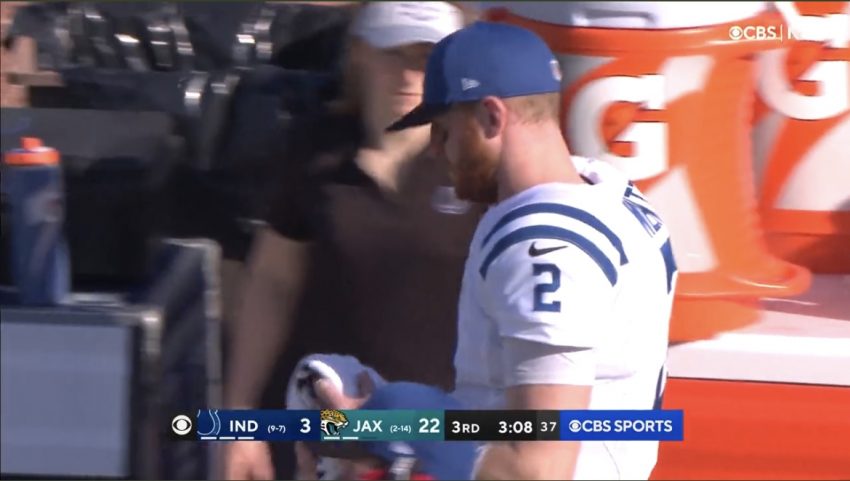 The heavily favored Colts weren’t so lucky Sunday afternoon, losing improbably in Jacksonville, 26-11. To make matters worse for Indianapolis, the Steelers’ win over the Ravens eliminated Indy from playoff contention.

For the Indianapolis Colts, it was simple: Win against a 2-14 Jacksonville Jaguars team that had scored over 20 points just once since Halloween and was eyeing the No. 1 overall pick in the draft, and you’re in.

But the heavily favored horseshoes weren’t so lucky Sunday afternoon, losing improbably in Jacksonville, 26-11. To make matters worse for the Colts (9-8), who had been in control of their football destiny for the past two weeks, the Pittsburgh Steelers’ win over the Baltimore Ravens eliminated Indy from playoff contention.

“Hey Ben, I have to ask you – if the Indianapolis Colts beat the Jacksonville Jaguars, which eliminates you guys from the playoffs, is this your last game in the NFL?” – @CowherCBS