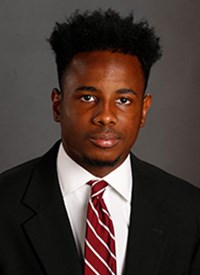 One of Alabama’s reserve defensive backs is no longer with the football program.

Nigel Knott, who hadn’t practiced with the team since the spring because of an undisclosed medical situation, has been medically disqualified.

One of the top cornerbacks in the 2016 recruiting class … selected to participate in the 2016 Under Armour All-America Game and Nike’s 2015 “The Opening” … a unanimous four-star prospect … No. 36 in the ESPN300 and the No. 5 cornerback … ranked 51st in the Rivals100 and the site’s No. 5 cornerback … No. 2 player in the state of Mississippi by ESPN and Rivals.com … listed at No. 51 in the Top247 and the No. 4 cornerback and the fourth-rated player in Mississippi … No. 62 overall in the 247Composite and the No. 7 corner … No. 114 on the Prepstar Top 150 Dream Team … 2014 and 2015 first team 5A All-State by the Clarion-Ledger and the MHSAA … participated in the 2015 Alabama-Mississippi All-Star Game … a knee injury limited Knott to 51 tackles and three interceptions (two returned for touchdowns) in eight games as a senior in 2015 … accounted for 112 tackles with four picks and 15 pass breakups as a junior … played for head coach Tim Shramek at Germantown High School … chose Alabama over Auburn, Ole Miss, Mississippi State and Oregon.

The former four-star recruit will continue to attend school at Alabama.