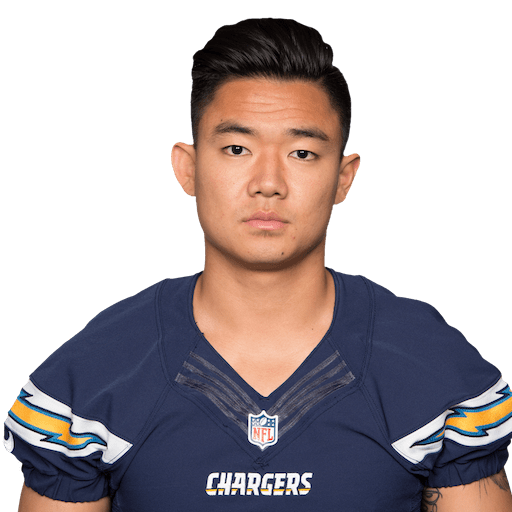 The Patriots will continue looking at options to replace kicker Stephen Gostkowski on Thursday.

According to multiple reports, Younghoe Koo will work out for the team. Koo was 3-of-6 on field goals and 9-of-9 on extra points in four games for the Chargers in 2017. He kicked in the Alliance of American Football earlier this year.

The team is also bringing in Josh Gable, who spent time at one of New England’s rookie minicamps and is best known for YouTube videos showing off both trick shots and a strong leg.

Gostkowski, the Patriots’ all-time leader in points and field goals, has been placed on injured reserve. He is expected to be ready for the 2020 season.

Younghoe Koo (Korean: 구영회, pronounced YOUNG-way; born August 3, 1994) is a South Korean-born American football placekicker who is currently a free agent. He played college football for the Georgia Southern Eagles. As a senior, he earned all-conference honors in the Sun Belt Conference. Koo became a starter for the Los Angeles Chargers of the National Football League (NFL) as an undrafted free agent in 2017 before being released four weeks into the season.