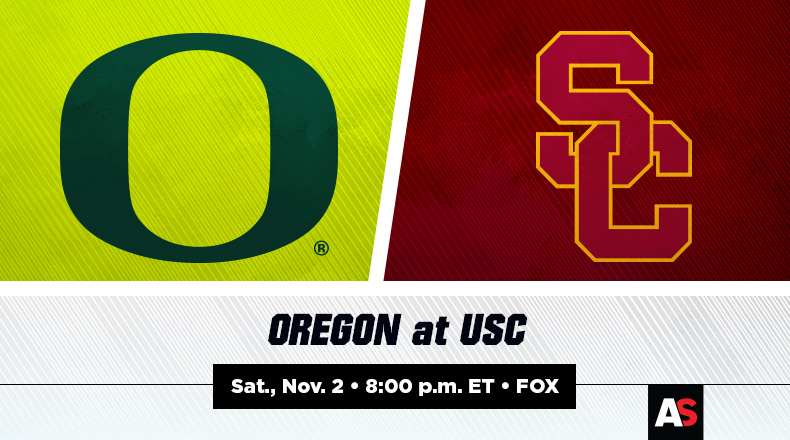 The No. 7 Oregon Ducks overcame an early deficit to rout the USC Trojans 56-24 on Saturday night in a Pac-12 football matchup at the Los Angeles Coliseum.

The Ducks shrugged off a 10-0 USC lead early to absolutely dominate the game the rest of the way. Justin Herbert finished 21 of 26 for 225 yards with three touchdowns and one interception.

Next game: bye week, then Arizona