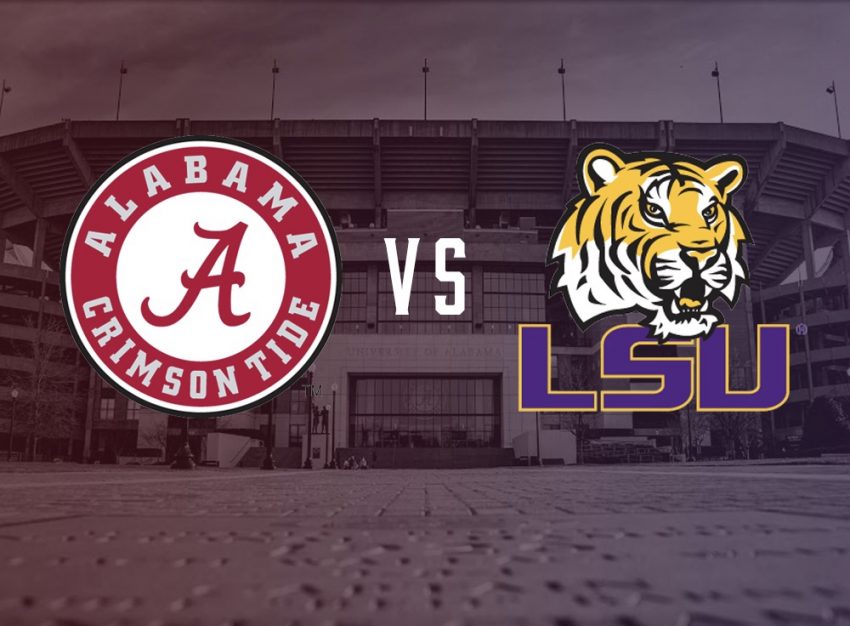 Ty Turner: LSU’s not done well against Bama for years, so there’s a mental hurdle go over none of these guys on the team senior and blow have ever beaten Bama. It’s at Bama. It’s on the road. Road game, against a team that you haven’t beaten in a while. If Tua is able to play to his ability, I believe that they will win this game but yes LSU does have more talent than anyone else – Alabama has players and that is another problem for Bama, they haven’t played anyone anyone good, so then, when you haven’t played anyone good and your first game is against the team that is one of the most talented teams in the nation, sometimes they can shock you a little bit. Luckily it’s at home, luckily it’s coming off of a bye. But then if your quarterback, who is really the ringleader of your offense, cannot play 100% that’s problematic. Now if Tua can come out and look pretty good I feel pretty comfortable saying Alabama. Now if he’s hurt and not playing well and after bringing back Mack Jones, it could be a little problematic, I’m gonna go thinking that – I’m going with Alabama

Caillou Borden: If Tua is at 80 to 85% they have the mental edge. And I think, Bama, when ithey hear what everybody saying here when everybody saying on television about that if they don’t win this game they don’t make the class it’s a home game for them they don’t lose home game part of it says they never play nobody but at home of significance but I think I think Bama wins as well close game because

Justin Riley: They’re going to take advantage of home field right off the bat. I think the team that sets the tone early is probably in the driver’s seat for the majority of this game and like I said, it’s only comes down to a couple things, well I just mentioned – how how healthy Tua is – can we keep him healthy, can we keep him from getting the big hits and being taken out of the game and then – we’re gonna have to establish some some defense, we’re gonna have to not so much stop LSU but just kind of lift them hit them here and there I believe who know Alabama wins this one it’s going to be a close one at the end.