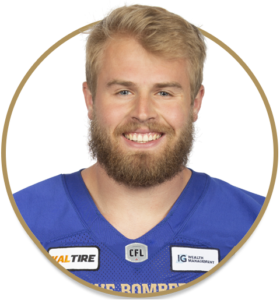 In an attempt to further upgrade his offense, Arizona Cardinals head coach Kliff Kingsbury is looking to the CFL for answers. On Tuesday, the Cardinals announced the signing of Grey Cup champion Chris Streveler of the Winnipeg Blue Bombers. The hope is that Streveler could be a Taysom Hill-type piece for their growing offense under offensive rookie of the year, Kyler Murray.

The improbable Winnipeg signee began his CFL season as a backup on the depth chart. However, things would soon change as he transformed into dual threat player that would prove to be a nightmare to opposing offenses. This past season, he threw for 1,564 passing yards and 8 touchdowns. Along with that, Streveler carried the ball 127 times for 726 yards and 12 touchdowns. After capturing the coveted Grey Cup for his team, the Blue Bombers released him on Monday to pursue an opportunity with the NFL. Unbeknownst to him, that opportunity would come from the desert of Arizona the very next day.