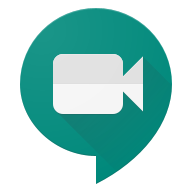 Google is opening up its Google Meet videoconferencing service to anybody who wants to use it, instead of just offering it to enterprise and education customers via G Suite. The company says anybody with a Google account will now be able to create free meetings of up to 100 people that can last any amount of time — though after September 30th it may restrict meeting length to 60 minutes.

That Google account requirement is a hard one, however. People won’t be able to just click a link and join a meeting — they’ll need to be logged in. That is so meetings can be better controlled by their hosts, hopefully eliminating the possibility of Zoombombing. Google will also introduce other safety measures: people not explicitly added to a meeting via a calendar invite will be automatically entered into a green room when they try to join a meeting, and only be let in when approved by the host. The free version will also not offer landline dial-in numbers for meetings.

Those safety-focused caveats are Google’s way of differentiating its Meet product from Zoom, which has had a meteoric rise that over the past few months and caught both Google and Microsoft flat-footed. The increased attention on Zoom revealed a litany of security problems, which the fast-growing company has scrambled to address. But Google is seemingly hoping there’s still an opening for people who distrust Zoom.

Here is Dr. Gilbert. Thank you to the Telegraph for getting the headline right. This is the woman who may be about to save the world. https://t.co/NMCkWw6zH4