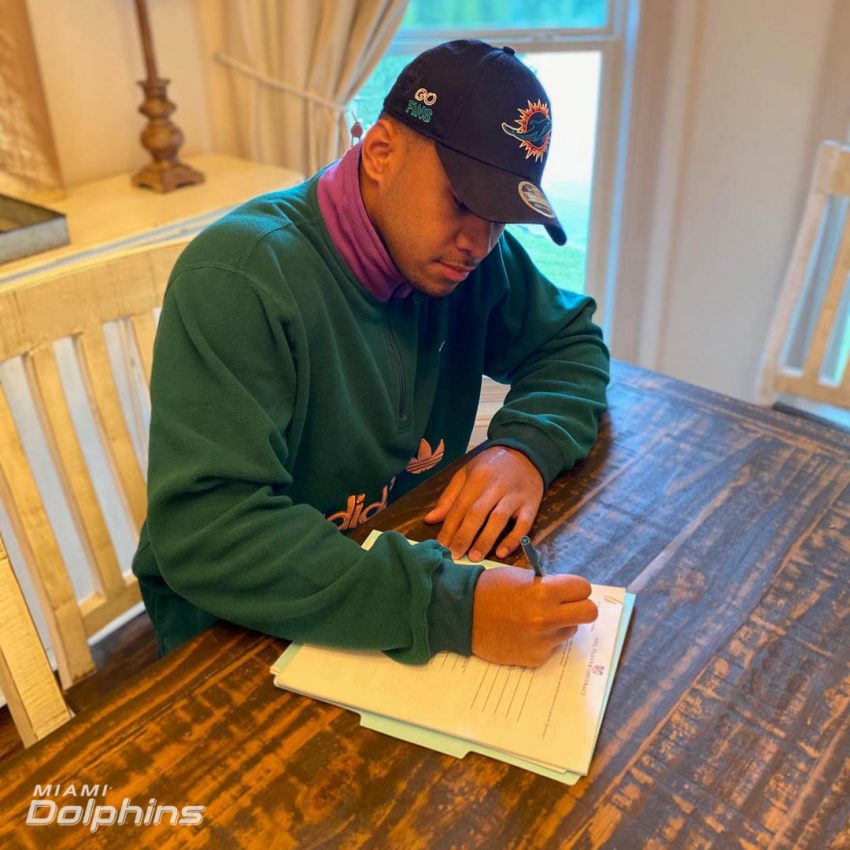 After selecting Tua Tagovailoa with the No. 5 overall pick in the 2020 NFL Draft, the Miami Dolphins have agreed to a contract with their franchise quarterback.

According to Ian Rapoport of the NFL Network, the Dolphins and Tagovailoa have reached an agreement on a four-year contract worth north of $30 million. Over half of that is guaranteed in the form of his signing bonus. He’ll have a big chunk of that signing bonus by the time May comes to an end. Another point worthing noting is that there is no language regarding Tagovailoa’s health in the contract. That’s a sign the Dolphins are confident that he is back at full health after suffering a season-ending hip injury last fall.