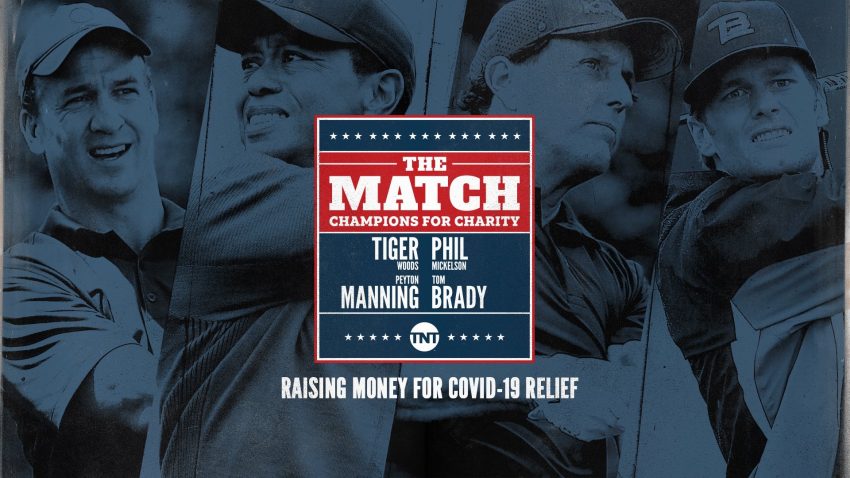 Golf icons Tiger Woods and Phil Mickelson will return for Capital One’s ‘The Match,’ joined by two of the NFL’s greatest players of all time in Peyton Manning and Tom Brady, for a two-on-two live golf competition. All donations and fundraising will benefit COVID-19 relief.

On Sunday at 3 p.m. ET (TNT/TBS) at Medalist Golf Club in Hobe Sound, Florida, the four will join up for a team-event with the proceeds benefiting coronavirus relief. It’s Woods and Manning vs. Mickelson and Brady. So what do you need to know? We have everything covered, from how and where it will be played, to predictions about which team will win, to who has the trash-talking advantage.

Woods and Mickelson are elite professionals; Brady and Manning are not. Brady and Manning are single-digit handicaps, meaning mid-70s to low-80s is what to expect if they were counting every shot. The front nine will be best-ball format, so the best score from each team is counted. The back nine is where things get interesting. They will play modified alternate shot. What’s that? All four players will hit their drives, then each team will pick which tee shot they like better. From there, they will alternate who hits until the hole is finished.

Like last weekend’s match among McIlroy, Johnson, Fowler and Wolff at ultra-exclusive Seminole, this is the first real look at ultra-exclusive Medalist since a one-off event was televised in the mid 1990s. And like it was seeing Seminole on television, this is about as close as most of the world will get to Medalist, too. This is a home game for Woods; he’s a member at the place. He gave us a small peek in 2017 as he was taking baby steps toward a comeback. This tweet was meant to show him actually swinging a club, which was a big deal on its own three years ago. But now, it’s more of that rare glimpse at Medalist.

Woods and Mickelson previously faced off in the first edition of ‘The Match,’ a head-to-head match-play event in November 2018 at Shadow Creek Golf Course in Las Vegas. It was tied after 18 holes, with Lefty winning on the fourth playoff hole.