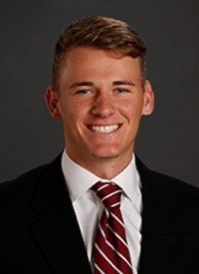 It seems as of late that the University of Alabama has become the center of controversy when it comes to the quarterback position. The most recent battles for this coveted position have featured Blake Sims vs Jake Coker, Jalen Hurts vs Tua Tagovailoa, and now the fires are stirring with Bryce Young vs Mac Jones. Since Young signed his name on the dotted line, both analysts and Tide fans alike have been clamoring for Bryce Young to take the reigns as QB1. Some even have him listed in the “way too early” race for the Heisman. In order for the Crimson Tide to begin its next wave of national titles, they are suggesting this can only be accomplished through the aid of Bryce Young, beginning year 1. However, to completely bypass the talents of one Mac Jones as if he wasn’t there would be irresponsible. So, in the case for Jones as QB1, here are some reasons why he will be chosen to assume that roll.

Big Game Experience: When it comes to playing for a top tier program like Alabama, being able to perform on a large stage is very critical. Aside from the post season, teams in the Southeastern Conference are asked to play in some of the most hostile environments. Almost every week, each contest has high stakes. Not only is the opportunity to play for a conference title on the line, but an appearance in the coveted college football playoff is also up for grabs.

No one understands this better than Mac Jones. After only just two starts against less than stellar opponents, Jones had the task of leading the Alabama Crimson Tide into the 2019 Iron Bowl with a spot in the college football playoff on the line. Not only was this his first appearance as the starting quarterback on a grand stage, but he also was doing so on the road. That’s quite a task to take on after facing Arkansas and Western Carolina. However, Mac would not shy away from this arduous task.

Some doubters like to point to the game against Auburn as evidence that Mac Jones cannot win on a big stage. As a matter of fact, it has been said that he “chokes” in games of this magnitude. The proof of this assessment, according to skeptics, is found in the two interceptions that Jones threw. They both resulted in pick 6s. One those mistakes could easily be placed on Mac’s shoulders. However, the second, and more severe, happened due to a fluke. With Alabama driving 74 yards on 11 plays, they were facing a first and goal from the Auburn 2 yard line. After Jones’ pass was rushed, the ball hit running back Najee Harris, bounced off, and landed in the hands of Zakoby McClain. McClain raced 100 yards the other way for a Tiger score. Jones took full responsibility for the error, “I think it was just a pressure look and I should have just thrown it away and kicked the field goal. It’s definitely a learning experience. But, 10 times out of 10, I usually do that in practice and the one time I try to squeeze it in there, it wasn’t a good idea by me.”

With that being said, if those instances served as the main takeaways from his performance, then you really didn’t see what Mac Jones did in that game. While these errors were critical, each time Jones was punched in the mouth, he would rise up like Rocky Balboa and atone for it. On the next drive after each pick 6, he led the Crimson Tide to a touchdown. The second of which was an electric 58-yard strike to Jaylen Waddle up the middle. No matter what was thrown at him, Mac kept his composure and used it as fuel for the next play. One could say it was similar to Michael Jordan’s reaction any time an opposing team or player bested him. It only pissed him off. Jones finished the day 26/39 for 335 yards, 4TDs, and 2 INTs.

Mac would fare better in his second outing against a big opponent in the Citrus Bowl. In Alabama’s defeat of Michigan 35-16, he was 16/25 for 327 yards, 3 TDs, and 0 INTs. He showed an excellent pocket presence and gave a glimpse of what life would be like Tuscaloosa, post Tua Tagovailoa. His ball placement and excellent decision making against a defense rich in NFL talent gave Tide fans a reason to be optimistic going into the 2020 campaign.

Unfortunately, as talented as Bryce Young is, he has zero experience in games of this magnitude. While he seemingly has a limitless ceiling, cutting his teeth on home and road environments that Alabama will face this upcoming season is something that he is not quite ready for. The road contests of substance include LSU, Arkansas, Ole Miss, and Tennessee. At home, they will host Georgia, Texas A&M, and a finale against Auburn. Folks outside of the SEC may discredit Arkansas, Ole Miss, and Tennessee. However, those within, including myself, who have experienced it firsthand know these venues are often treacherous. The Rebels are always ready for the Crimson Tide and often play their best game of the season against them. This will be even more amplified with Lane Kiffin leading the charge. Matchups against LSU and the home opponents deserve no explanation. For someone as seasoned as Mac Jones, this should serve as “just another day at the office”.  For an inexperienced youngster like Young, it may not be quite as easy.

Familiarity: One of the biggest assets a quarterback can have at any level is familiarity. This isn’t just limited to the system of which they are working with. It also applies to familiarity with his linemen, running backs, and wide receivers. Having that chemistry or timing with each specific unit is so critical to the success of any offense. Mac Jones has 4 years of experience in that system and at least 2-4 years with several players. This doesn’t just include regular season play. Regular season, off season training, and spring training are encompassed in that length of time. Suffice it to say, the connection has been forged. The communication is there.

Although Bryce Young enrolled early at the Capstone with the intentions of going through spring training and the A-Day Game, he was not able to participate. Unfortunately, due to the result of the COVID-19 pandemic, that opportunity was swiped from him. Such an opportunity would have awarded him with valuable time spent with his various offensive units to establish what I spoke of above. Thankfully, he will be allowed to participate in summer and fall camp. That wasn’t firmly cemented until recently, though. Had the ban not been lifted, Young would have been going into the new season without the previously mentioned luxuries. However, instead of starting too far behind schedule, he now gets some of that time back. Even though he will be getting the reps in, it’s hard to go against Jones’ 4 years of experience.

Toughness: When I watch Mac Jones play, I am often reminded of Rocky Balboa when he fought Apollo Creed. No matter what Apollo threw at the Italian Stallion, he kept getting up. Rocky once said, “It’s not how hard you can it. It’s how hard you get hit and keep moving forward.” For Alabama, no one took it to the jaw and kept moving forward quite like Mac Jones. No matter how hard he or his team was hit with adversity, he kept getting up. Once more, he did so even more driven and more tenacious than before. He would take an absolute beating at times just to see a play through; especially in the pocket. This not only drew praise from his fellow teammates, but also from opposing players. “He was composed. He played actually pretty good. Even though he had me and Derrick [Brown] on him all game, he stood in there and took it. He was just there and was like, ‘I want some more.’ Got back up and kept fighting, trying to will his team to win,” said former Auburn DT Marlon Davidson. Marlon wasn’t the only foe that was impressed by Jones. Former Michigan and rookie New England Patriots LB Josh Uche had this to say about the Bama quarterback, “He was very poised. Jones got the job done. He got the victory against us. Hit him a couple of times and he got right back up, so that was very impressive.”

Toughness cannot be coached. It is something you are born with that grows over time. Toughness like I mentioned above can be the difference in the outcome of a game. It also can cause your team to be willing to go to war with you no matter what the costs. That sentiment is exactly what Mac Jones has captured from his teammates.

This isn’t to say that Bryce Young is lacking in toughness. He’s obviously an alpha when it comes to that or he wouldn’t have enjoyed the success he had at the high school level. However, the pressures of high school are vastly different from that of the collegiate level; especially in the SEC. So, going into the 2020 season, I would have to put my money on Mac Jones in this category.

Conclusion: This article is not an anti-Bryce Young campaign. It is merely a plea for fans an analysts to get out of the drive-thru lane and trust the process. Allow Bryce Young time to develop, grow, and mature. Not only that, allow Mac Jones the luxury of failing or succeeding. There will be moments that Jones may not perform as well, but that doesn’t mean the fan base or analysts need to become unglued. Remember, no one fights through adversity better than Mac Jones.

For those insisting on comparing this situation to that of Tua Tagovailoa, calm yourself. Players like Tua Tagovailoa are the exception, not the rule. Tua came to campus already looking and playing the part. It’s very rare that lighting strikes twice almost immediately. Relax. Bryce Young’s time will come when it’s supposed to. As a matter of fact, I am more than confident packages will be created to get him on the field this fall.

Make no mistake, this is Mac’s squad. He’s earned it along with the support of his teammates. There is no one this team would rather go to war with. He’s sacrificed himself for the good of the team countless times. It’s about to pay off handsomely. So, sit back and watch as he leads Alabama to yet another national championship in the Nick Saban era. Get ready for the “Return of the Mac”.