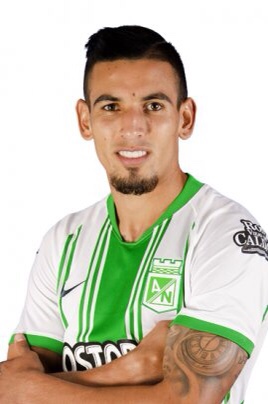 Atlético Nacional from Colombia and KRC Genk from Belgium have reached a verbal agreement to further advance the transfer and economic rights of former team captain Daniel Muñoz Mejía.

The current circumstances, which generated the “stop” of world international football and to which Atlético Nacional has not been oblivious, significantly changed the expectations of both the player and the club and invite that the farewell of our Captain is not a “Goodbye”, but a “See you later ” trusting that football will allow us to meet again in the future.

The verbal agreement between both clubs will be subject to the medical review that is pending due to the uncertainty generated by the current health situation the entire world is facing.

At 24-years-old, for Muñoz this is the opportunity to fulfill his second dream as a professional soccer player. The first was to wear the colors of Atlético Nacional, where he arrived in June 2019 after previously playing with Rionegro Águilas. Muñoz arrived with the illusion of being champion with the Verdolaga Institution. Now, he has the opportunity to come to Europe and demonstrate all his abilities to earn a place on the international football scene.