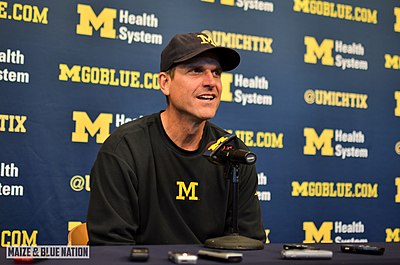 The Wolverines announced Monday that football coach Jim Harbaugh and basketball coach Juwan Howard — among other head coaches employed by the athletic program — will each take 10% pay cuts from August 1 through the end of the fiscal year. As a result, Harbaugh — currently the third-highest paid coach in the country ($7.5 million) — will make $6.75 million, while Howard’s salary will be reduced from $2 million to $1.8 million.

Michigan anticipates a shortfall of $26.1 million during fiscal year 2021. The coronavirus pandemic is expected to cut revenue from $187.4 million to $135.8 million, which is the genesis for cost-cutting measures that are expected to reduce payroll by $6 million. Team/game expenses are expected to be reduced by $6.5 million.