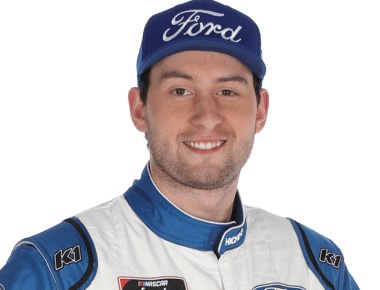 Chase Briscoe parked the No. 98 car on the front straightaway at Indianapolis, climbed out and scaled the catch fence with some crew members. He even kissed the bricks.

It was the kind of celebration that made team owner Tony Stewart proud.

The 25-year-old who grew up dreaming of racing at the Brickyard, just like Stewart, made a late pit-stop for tires pay off by retaking the lead, holding off AJ Allmendinger and Austin Cindric for the frantic few final laps and becoming the first Xfinity Series driver to win on Indy’s road course.

Briscoe wins the Xfinity race on the Indy road course.