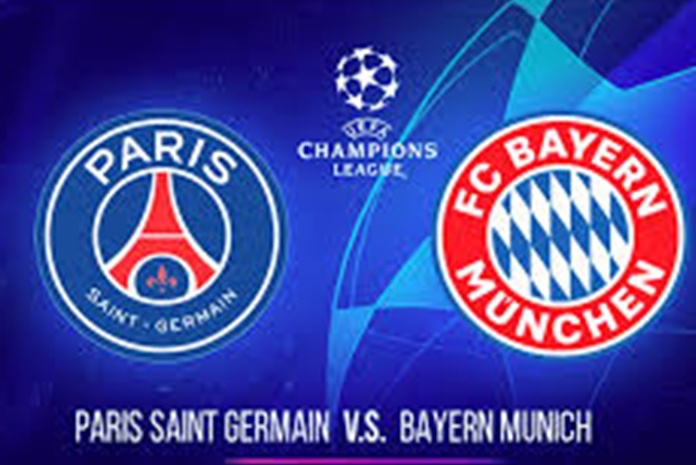 The time has come to conclude this year’s long tournament of the champions of Europe league: The Champions League. Due to COVID-19, most of the second round tournament had to be played in Lisbon, Portugal. But the two top clubs of the tournament are set to face each other in the Final: Paris Saint Germain (PSG) vs Bayern Munich today at 3pm on CBS Sports All-Access and TUDN.

Both squads have proven to be the top clubs in Europe, but who take the title? PSG for years has had top talent thanks to their wealthy owners. Known as the Manchester City of France, PSG has likes of Mbappe, Neymar and Angel DiMaria as the forefront of this club. With Marquinhos anchoring the midfield and Thiago Silvo in the back, PSG has become a complete squad. But can they overcome a heavy squad of Bayern Munich?

Bayern Munich has been unstoppable and has established the best club in the tournament by far. Can they go all the way by beating PSG? Bayern can, but they can also only beat themselves. Bayern contains striker Robert Lewandowski, considered one of the top strikers in the work. The midfield has a diverse talent with Thomas Mueller, Serge Gnabry and Thiago Alcantara. The defense is pretty solid as well: Former Major League Soccer (MLS) player Alphonso Davies has had an outstanding season and tournament that has glorified MLS. The center backs are controlled by veteran Jerome Boateng and David Alaba, both having a great tournament. Then you have one of the all-time Goalkeepers Manuel Neuer.

The German champions they’re going for the Treble and I honestly didn’t see anything stopping them. I think that whoever scores first in this game is is key. It’s very key to score first in this game to get ahead to get some momentum perhaps in the first half. Because especially with PSG they’re going to I don’t see them is that thing that much. I see Bayern you know, playing the back and forth as they typically do, going between the midfield and the attack with levandowski and more And and all those wingbacks so I think who scores first is key and scores first in the first half is key as well to gain that momentum and going into the second half. But I do see kind of a high scoring game because I think both teams to play pretty fluid as we’ve seen even from the return as things kind of got back to normal specifically with the Champions League but also all leagues across Europe I felt like things were a little bit more free flowing less structure guys were just going to go out there to have fun and and and you know, try things that they wouldn’t typically try. So I’m excited to see what that looks like on a on a you know, final stage. Like, like the Champions League,

I think in my opinion, PSG is gonna win. Just because the fact that I see Neymar and Mbappe and Di Maria, like those three, I see them making a change in a game more than the volume unique players, but at the same time, Bayern Munich starting eleven say has more experience in this type of games. Who knows? I mean, what is what is what is nice to know In both teams, they can do what they call it. The European treble, right, which is winning the League Cup and the Champions League. So whoever wins is going to be amazing season, but whoever loses is going to be amazing season too.