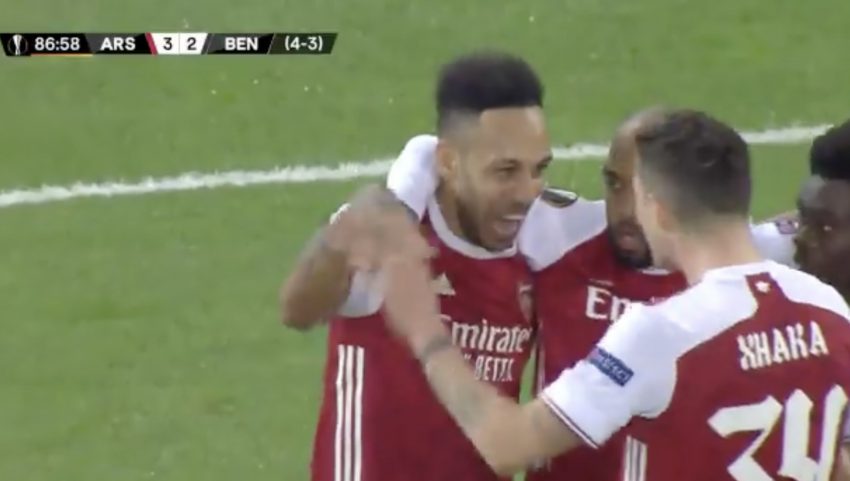 Arsenal won 3-2 against Benfica in the Europa League round of 32 second leg at the Georgios Karaiskakis Stadium on Thursday night, as Pierre-Emerick Aubameyang’s late goal stole victory.

Martin Odegaard and Emile Smith Rowe both started in the first leg and Mikel Arteta opted to keep the same side from the 1-1 draw with the exception of Kieran Tierney coming in at left-back in place of Cedric Soares.

A subdued and relatively poor start from Arsenal saw them struggle for creativity against a more aggressive and compact Benfica, who were quicker to the ball and tighter to their man than in the first leg.

The perfect pass from Saka 🎯

The chipped finish from Aubameyang 👌

Arsenal now lead Benfica 2-1 on aggregate in the Europa League round of 32 💪 pic.twitter.com/FfI3kMFGSw

7 – Pierre-Emerick Aubameyang has scored in seven of his last eight cup matches for Arsenal (9 goals – FA Cup x5, Europa League x3, Community Shield x1), only failing to net against Benfica in the first leg during this run. Magic. pic.twitter.com/ofNnTsVZq8