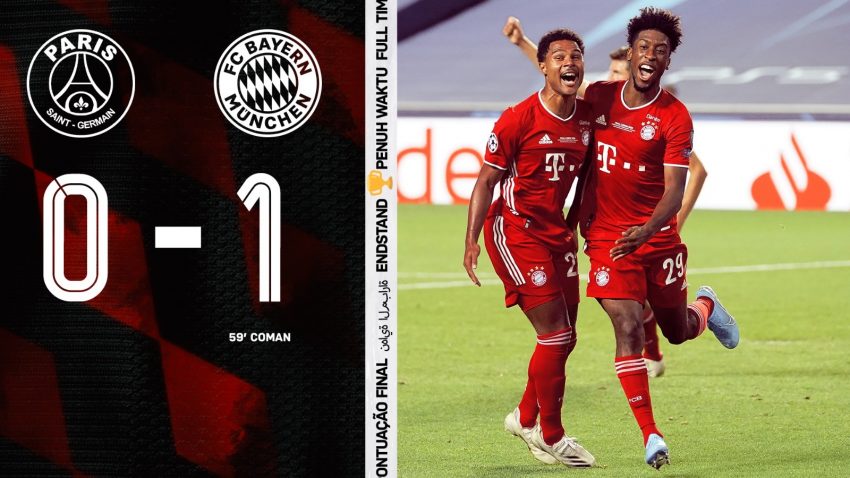 Bayern Munich have reached the proverbial mountain top of Europe, winning the UEFA Champions League final over Paris Saint-Germain on Sunday, 1-0. The German giants defeated their French foes with in a low-scoring game. But one goal is all you need in a final.

The difference was a Kingsley Coman header in the 59th minute. His domination down the left side was creeping up on PSG all night, and he finally got a chance when Joshua Kimmich whipped in a beauty to the unmarked former Parisian, who headed the ball past Keylor Navas.

For Bayern, the win ends a drought of seven years since they last lifted the UCL trophy, and it’s the sixth European title in their club’s history. For PSG, it’s a disappointing end after a game of wasted chances. But there are still positives to take away from an impressive campaign that took the French club to the Champions League final for the first time in club history.

Bayern Munich become the first club to win the Champions League with a 100% record 👏 pic.twitter.com/A3Z5XnIceq

That night, they won the treble 🏆🏆🏆 pic.twitter.com/MqdaEQlPuk