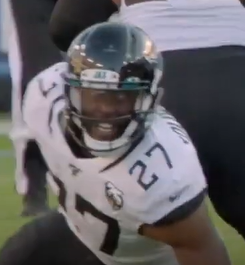 Four months after declining running back Leonard Fournette’s fifth-year option, the Jacksonville Jaguars are moving on from the former first round pick. The team has waived him, according to ESPN reporter Michael DiRocco.

Fournette is coming off a season in which he rushed for 1,152 yards and three touchdowns, while averaging 4.3 yards per carry over 15 games. He led the team with 76 receptions last season, but he was woefully inefficient, ranking 42nd in DYAR at Football Outsiders among running backs with at least 25 passes in their direction. The Jaguars spent the fourth overall pick on him in the 2017 NFL Draft. He rushed for 1,040 yards and nine touchdowns as a rookie, although he only averaged 3.9 yards per carry.