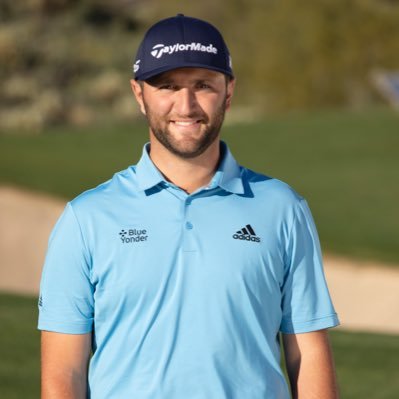 Jon Rahm made a mistake and cost himself a shot on Saturday. Normally, his temper would have gotten the best of him. Not this time. He won the BMW Championship and showed a new side of himself.

Two of the top-ranked players in the world. One player makes a 43-foot putt on the 18th hole to force a playoff. The other, who might not have been in this position if not for a one-stroke penalty in the third round, made a 66-foot putt and then pumped his fist in excitement to win the BMW Championship on Sunday.

All that was missing was a gallery full of fans to bask in Jon Rahm’s glory after he topped Dustin Johnson’s putt on the 18th hole to win in a playoff in the second event in the PGA Tour’s FedEx Cup playoffs.

“I would have rather not be in the playoff,” Rahm said. “If you’re going to tell me I’m going to make a 66-footer to win a tournament, I’ll take that any day. I think we all want the flashy finish, maybe not the stress that comes with it, but I set out with myself to enjoy even the uncomfortable moments we had out there. Man, it was fun.”