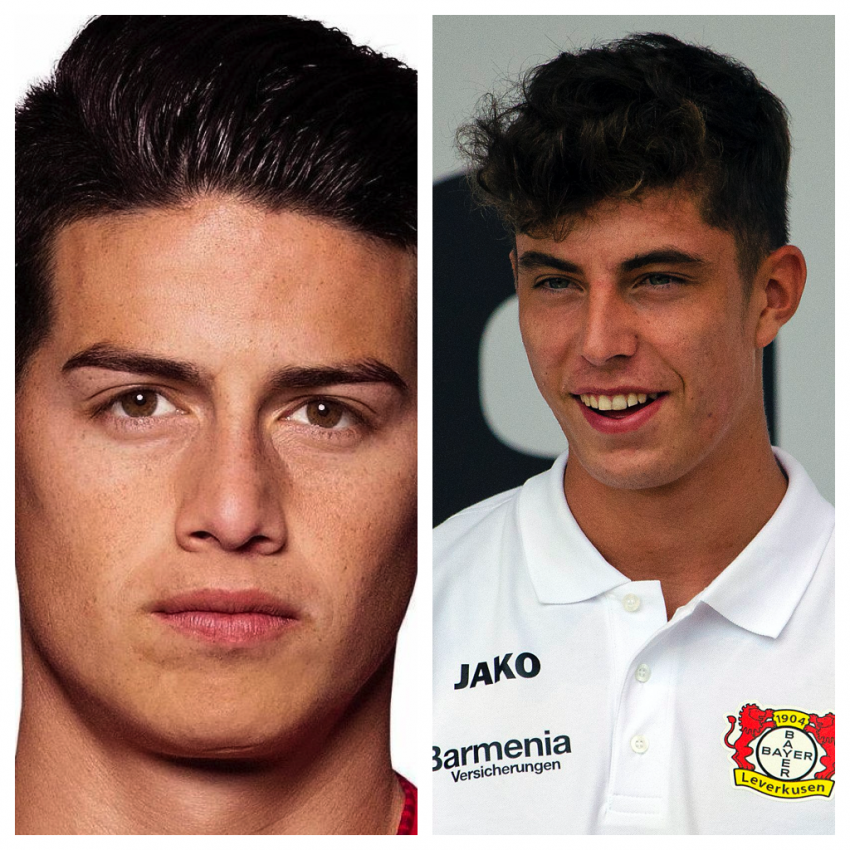 PREMIER LEAGUE 2020-21: Rodriguez, Havertz among signings
A look at some of the most high-profile new signings across the Premier League ahead of the new season starting Saturday: JAMES RODRIGUEZ (Everton), KAL HAVERTZ (Chelsea) and Donny Van de Beek (MANCHESTER UNITED) and FERRAN TORRES (MANCHESTER CITY).

The fact the Colombia playmaker is still best known for that incredible volley he scored at the 2014 World Cup signals two things: that it was a strike of the highest quality, but also that he has failed to kick on since then. So, six years later — at 29, maybe the prime of his career — James finds himself at a midtable English team and again relying on coaching great Carlo Ancelotti to get the best out of him. After all, it was Ancelotti who signed him for Madrid in 2014 but also at Bayern Munich on loan in 2017. Now, they are both at Everton, a team without a trophy since 1995 and living in the shadow of neighbour Liverpool, the recently crowned Premier League champion. Has James got the motivation to help lift Everton from the mediocrity of a 12th-place finish last season and revive his own career? Can he adapt to the rigors of the Premier League? One thing is for sure, he’s one of the most exciting arrivals ever at Goodison Park.

The most expensive signing of the offseason at a fee rising to $92 million, Havertz might also be the most interesting. At 21, the forward is one of the biggest talents in Germany and is making a brave move to continue his development outside his own country. Lampard should know a goalscoring midfielder when he sees one — after all, he is one of the greatest England has produced — and in Havertz, he has a versatile player with proven pedigree already. Havertz is the youngest player to reach 100 Bundesliga appearances and scored 36 goals in four seasons with Bayer Leverkusen in the German league. At his best just behind the striker, Havertz finished last season as Leverkusen’s center forward, linking up play with his deft touch but also scoring goals. With Timo Werner, Christian Pulisic and Hakim Ziyech making up Chelsea’s likely attack, Havertz won’t be short of quality around him.

A gap was left in City’s attacking options by the departure of Leroy Sane to Bayern Munich, and it has been filled by a player regarded as a rising star in Spanish soccer. The 20-year-old Torres is fast and direct, like Sane, but is more two-footed than the man he is replacing. He is stronger on his right, as shown by his volleyed finish for Spain against Ukraine last week when he registered his first international goal, and has the technical qualities that are so important to City manager Pep Guardiola. Valencia’s need to sell some of its best players to fix its financial problems allowed City to sign Torres for $27 million, which seems cheap for a player of his caliber. He is unlikely to break straight into the first team, though, with Raheem Sterling, Riyad Mahrez and Phil Foden ahead of him.