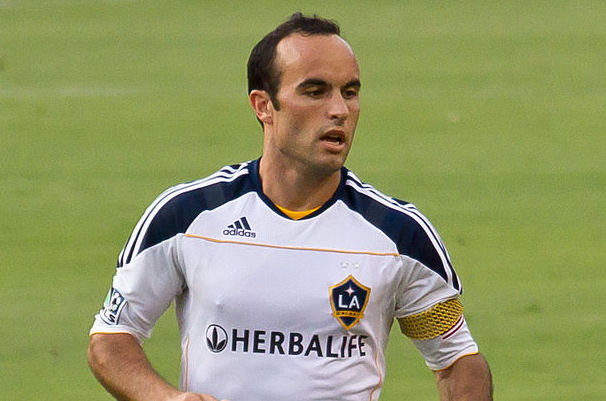 Landon Donovan, former US Mens’ National Team Player and LA Galaxy player, recently was on Grant Wahl’s “Futbol” podcast and was asked about USA’s chance for World Cup 2026 which will be hosted in the USA, Mexico and Canada.

Donovan said he still needs to see more with the current talent pool, but most of the current team is highly talented than during his playing days. “If you watch if you just look at players and player profiles, right, Christian is, you know, close to as talented as any player on that Chelsea team, right. Weston is it Weston fits in just fine at a very, very good Juventus team. Tyler Adams fits in very well at a team that’s parentally perennially in Champions League, and you know, we’ll see where he goes next if he if he goes anywhere else. But if you just look at profiles, Sergino Dest, obviously, amongst others, we have the profiles and the players that we know can do it. At that level against the best players in the world,” Donovan said.

Donovan mentioned that one thing is playing in Europe with the best players, but how will it look when you play in tough terrain during the CONCACAF qualifiers. “It’s one thing for Sergino (Dest) to play, you know, amazing fields in Spain, and playing with great players all the time. Now you go and you play in Cuba, right where you know, it’s it’s not so fun anymore. Those chal… those those environments, and those challenges would be really good for these guys because it really hardens you and they need some of that too,” Donovan said.

Donovan is currently the manager, co-founder, and vice-president of soccer operations for USL Championship side San Diego Loyal SC.

Its only six years away, but Donovan brought great input of how this team could potentially become. But lets first get to the 2020 World Cup.

You can listen to the clip here: