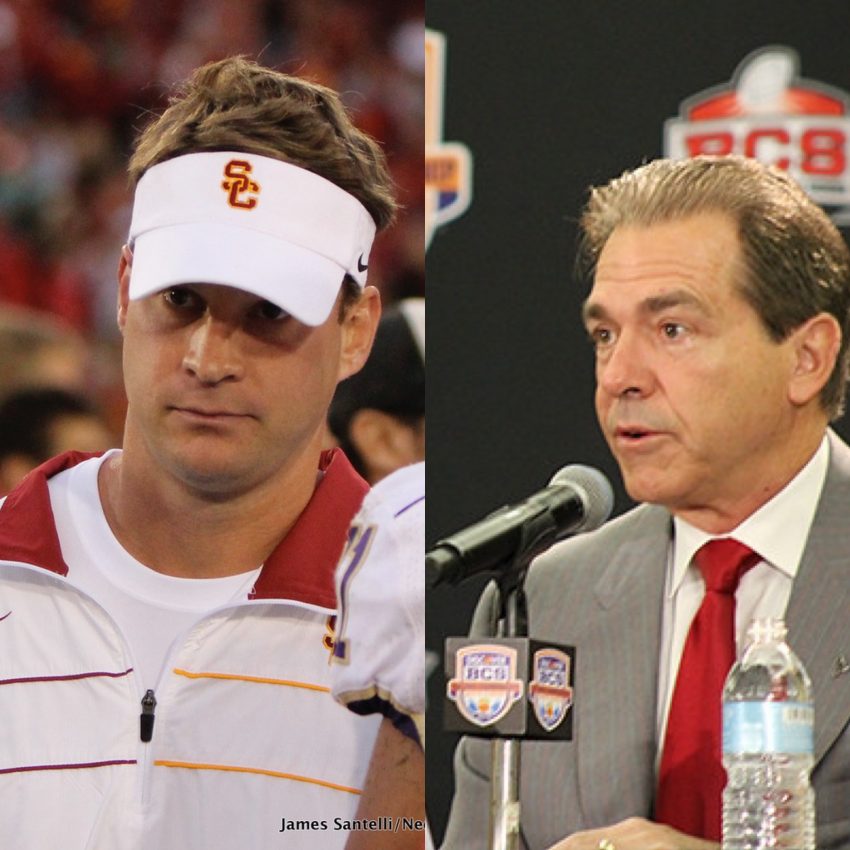 The union of Nick Saban and Lane Kiffin, who will meet again Saturday, when Alabama faces Ole Miss today at 7:30pm ET.

Kiffin was an assistant coach under Nick Saban from 2013 to 2016. In their three seasons together, Alabama posted a 40-4 record with a national title, three SEC championships and a Heisman winner while Kiffin modernized the offense as the coordinator. He left to coach Florida Atlantic after the 2016 season.

Ever since Kiffin visited Tuscaloosa, Alabama, in December 2013 for what was described then as a “professional development” trip, the two coaches have been linked in countless headlines. First, Saban surprised the world by hiring Kiffin as his offensive coordinator at Alabama, and then we were off to the races with nearly as much drama as there was success.

Kiffin somehow kept the relationship alive, trolling from afar at Florida Atlantic, and now that he has returned to the SEC as the head coach at Ole Miss, we should be in for even more fun.