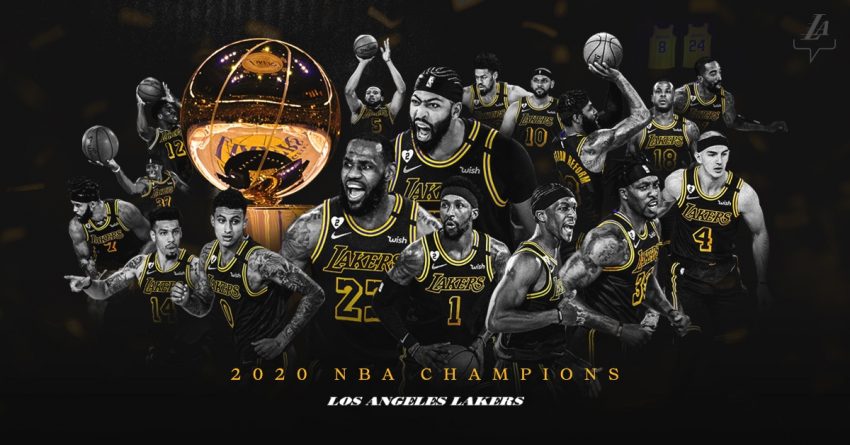 The Los Angeles Lakers are NBA Champions once again. On Sunday night the Lakers came into game 6 with the mamba mentality. They dominated from start to finish winning 106-93. Lebron had a triple-double 28-14-10, he was in attack mode all night and played great defense. Anthony Davis dominated in the paint racking up 19 points 15 rebounds and had 2 blocks with 1 steal. Danny Green played well scoring double figures for the first time since the NBA restart he had 11 points, and played good defense as usual. Off the bench Rajon Rondo had 19 points and his jumper was falling from 3 all night.

For the Miami Heat they just couldn’t get their offense going. Bam Adebayo had 25 points in garbage time. Jimmy Butler was tired from playing so many minutes in game 5 he only rested for 2 minutes the whole series, and he had 12 points. Duncan Robinson couldn’t repeat game 5 he only had 10 points and was 3/7 from 3. Dragic gave it a go but he slowed down the offense and couldn’t do anything, which was suspected because of his injury.