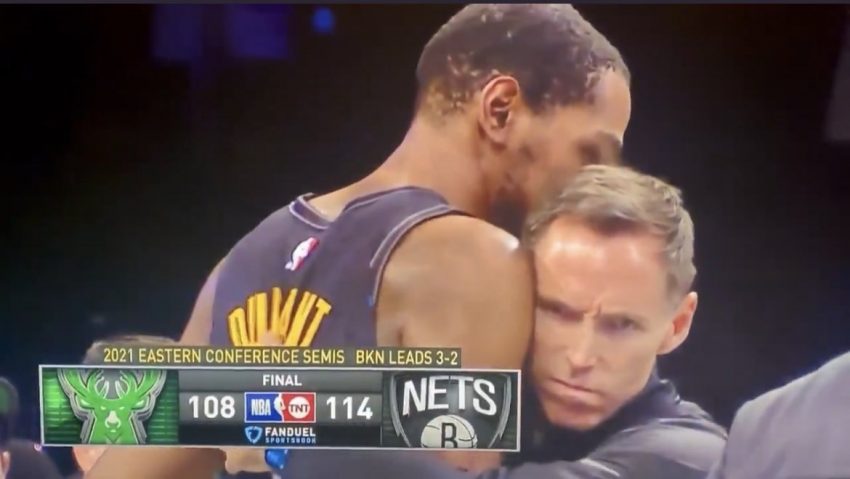 The Nets come back from 20 to beat the Bucks. The Nets started slow but it’s not how you start it’s how you finish. Kevin Durant was the leading scorer and best player on the court  dropping 49 points with 17 rebounds and 10 assists. KD took over in the 4th quarter hitting clutch shot after shot. Double teams didn’t matter as usual with KD as he silenced his critics. Jeff Green was the second best player for the Nets adding 27 points and providing them with a spark when they were down.

For the Bucks this should’ve been an easy win. They were up 20 going into the 3rd quarter before KD decided to erupt for 49. Giannis had 34 points and 12 rebounds but was a no show in the clutch. Kris Middleton had 25 on 8/22 shooting he struggled in the 4th as well. Lopez and Holiday both scored in double digits but it wasn’t enough. In my opinion the Bucks blew an opportunity to go up 3-2 but I did say this series was going to 7.