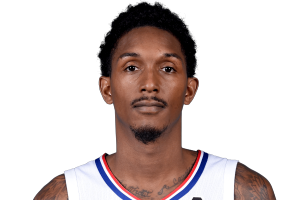 The NBA said Sunday that Lou Williams of the Los Angeles Clippers is being quarantined for 10 days because of his trip out of the league’s bubble last week to attend a family member’s funeral.

The issue was not that Williams left the bubble but that he also went to a club on that trip to Atlanta, and photographs of that visit — with him wearing a type of mask that the NBA distributed inside the bubble at Walt Disney World — appeared on social media.

Reporting with @BobbyMarks42: The NBA is investigating what Los Angeles Clippers guard Lou Williams did while on an excused absence from the Orlando campus, so it can assess the length of his re-quarantining process, multiple sources told ESPN on Saturday.

Clippers’ Lou Williams will have 10-day quarantine on Orlando campus after picking up food at Magic City on excused absence — sidelining him through first two seeding games — NBA says.