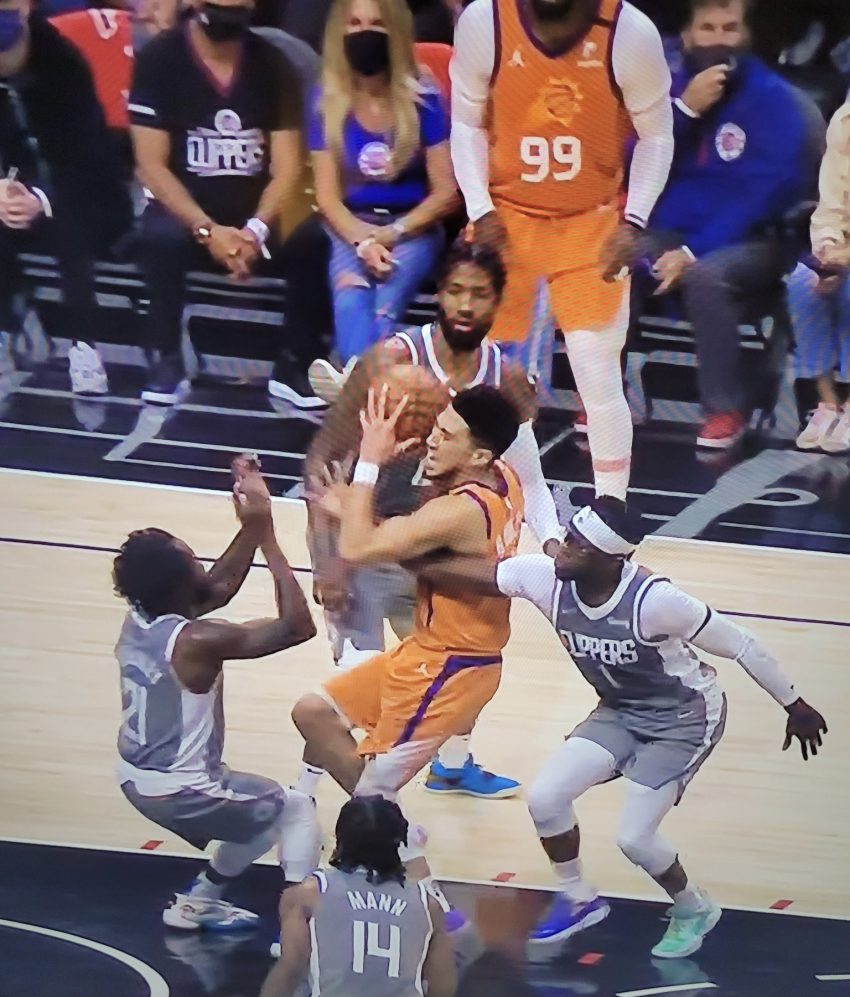 The Phoenix Suns have escaped Los Angeles with a hard-fought Game 4 victory. After leading by as many as 16 points, the Clippers rallied to get the deficit down to only one point. But they could never tie the game or take the lead, and after several controversial calls in the final minutes, they walked away with an 84-80 victory that gives them a commanding 3-1 lead in the series.