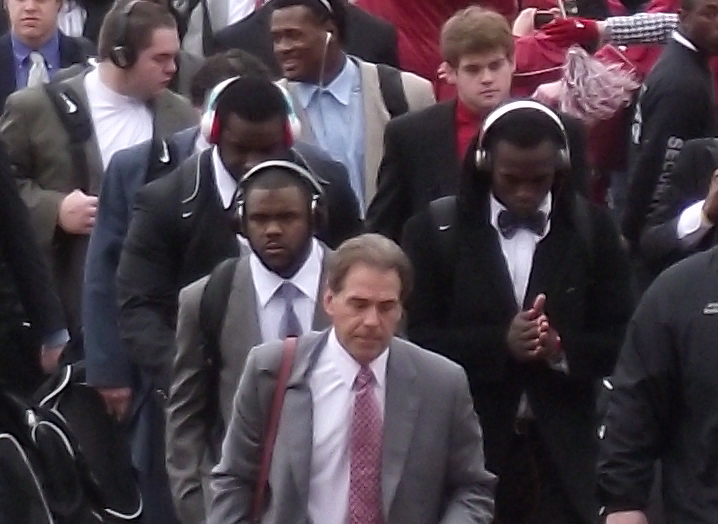 Alabama Director of Sports Medicine Jeff Allen released a statement on Friday suggesting that Nick Saban could be on the sideline on Saturday night given he has since tested negative for the virus twice.

“Coach Saban was evaluated again today by Dr. [Jimmy] Robinson,” the statement read. “He continues to be asymptomatic and without fever. We are continuing to follow the SEC Return to Activity and Medical Guidance Task Force Protocol for testing asymptomatic positives. A PCR test was repeated Thursday by the SEC-appointed lab and was negative. For clarification, the initial positive result came from an outside lab we’ve used to supplement the SEC mandated testing. He will continue to remain in isolation and receive daily PCR tests. Should he have three negative PCR tests through the SEC-appointed lab, each 24 hours apart, the initial test would be considered a false positive pursuant to SEC protocols and he would be allowed to return.”

Assuming he tests negative on Friday and Saturday before 8 p.m., he will be cleared to be on the sideline instead of the couch during the biggest game of the 2020 season. If one of Saban’s next two tests does come back positive, offensive coordinator Steve Sarkisian will take over