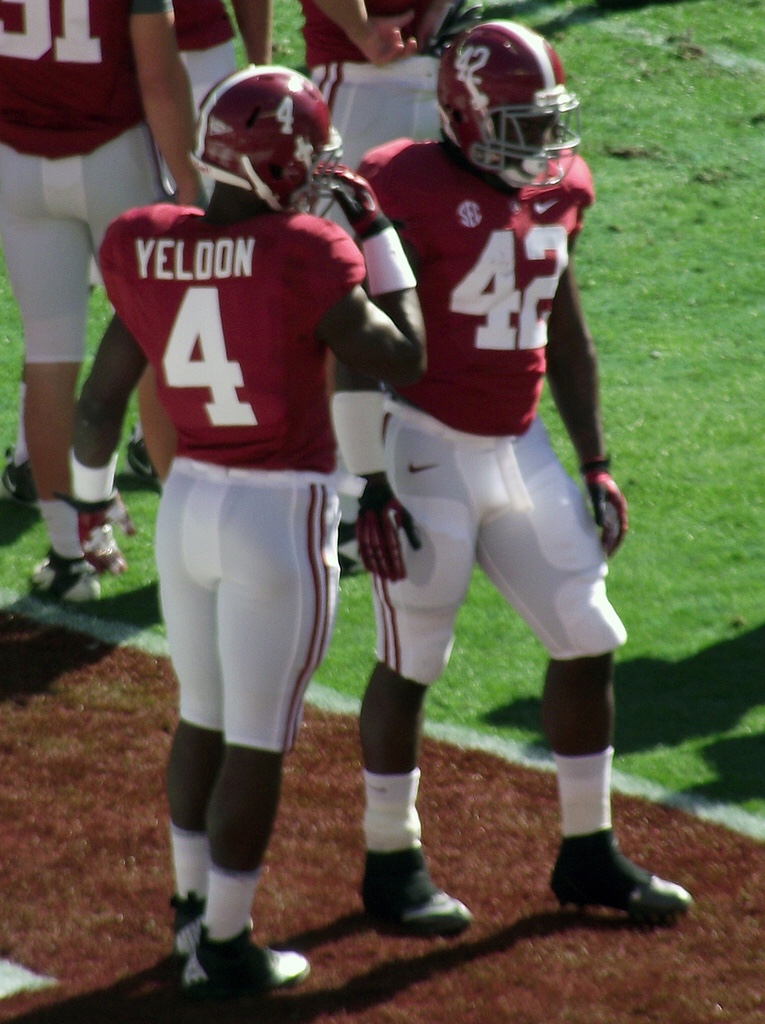 Najee Harris was once the most coveted running back coming out of high school. Now, he is easily the most polarizing and talked about player at his position this season. Alabama and college football fans alike sit eagerly at the edge of their seats every Saturday to see what he will do next. The California product currently sits high atop Alabama career rushing records in two categories: rushing yards (9th) and touchdowns (tied at 6th). With 5 games left to go in the regular season, Harris is closing in on a few other Crimson Tide greats: Damien Harris, Trent Richardson, and Mark Ingram when it comes to career yards. In regards to touchdowns, the records of Trent Richardson, TJ Yeldon, Shaun Alexander, Mark Ingram, and Derrick Henry are in jeopardy.

When it comes to finding comparisons to former backs, his sheer brute force compares with that of Derrick Henry. In terms of athleticism, Josh Jacobs, Shaud Williams, and Shaun Alexander come to mind. He’s s certainly in good company with those names. So, what happens when we combine those qualities? The result is former 2012 All-SEC performer Eddie Lacy.

Ruthless aggression. When it comes to moving the sticks in tough yardage situations, both of these men did so by using blunt force trauma against their opponents. Neither shy away from contact. Oftentimes, it looks as though they are channeling the spirits of Larry Csonka or more recently Jerome Bettis. Hopeful defenders often would suffer bone jarring hits that would leave their next two generations shaking. If there was a swarm of pursuers, it was pretty much guaranteed they were going to be driven an additional 4-5 yards. As a matter of fact, by watching the body language of both Lacy and Harris, it’s if they were fueled by such opportunities. It seemed to increase as contests wore on; especially against high-level opponents.

Perhaps what Alabama fans relish the most about Eddie Lacy and Najee Harris are their incredible displays of athletic excellence. Eddie, or “circle button”, as his former teammates called him was known for a sweet spin move that broke ankles and left defenders feeling very foolish. This was especially true of one-on-one encounters. Just ask former Georgia defenders from the 2012 SEC Championship game. The most satisfying though was when Lacy had a group of defenders believing they had stopped him for a loss or no gain. Within an instant, the inner circle button was activated, he spun out, and the end result was a large pickup.

The same attribute is held by Najee Harris as well. He has replicated the same feats on countless occasions. However, his arsenal does not simply stop there. He has another button. When self-activated, he can hurdle a man as if he wasn’t even there. Many linebackers and defensive backs have been left grasping for air where Najee once was. This has allowed him to pick up much needed first downs or touchdowns. Often times, I find myself looking for side judges to be holding up scorecards after executed. The crazy thing about it is, he seems to be doing all of this with a lot more speed.

Eddie’s efforts awarded him a 2 nd   round selection by the Green Bay Packers in the 2013 NFL Draft. In addition to that, he earned Rookie of the Year and Pro Bowl honors. Where will Najee’s output place him? It is to be determined. We’re still only five games in. To his credit, he has 595 yards rushing and 14 touchdowns in 2020. That has placed him the national spotlight and the Heisman conversation. NFL scouts and GMs are also looking anxiously on at what might be their next franchise ball carrier. What will happen, we don’t know. In the meantime, we will continue to sit back and enjoy the show.