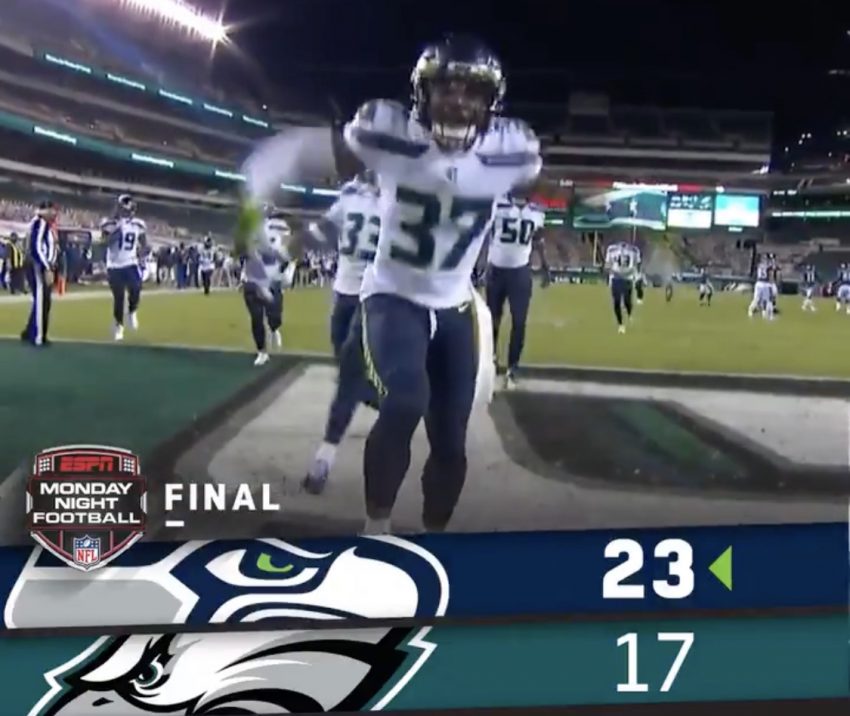 The Wilson-to-Metcalf combination — plus another strong performance from the Seattle Seahawks’ resurgent defense — was enough for a 23-17 victory over the Philadelphia Eagles on Monday at Lincoln Financial Field.

Metcalf caught 10 passes for a career-high 177 yards while doing most of his damage against All-Pro cornerback Darius Slay. That topped his 160-yard performance at the same stadium in January, when he set an NFL rookie postseason record in Seattle’s wild-card win over the Eagles.

“It’s kind of like coming home,” Metcalf said. “A place that had a chance to draft me but didn’t, so I’ve got to make them pay.”

Monday’s victory gave Seattle (8-3) a one-game lead over the Los Angeles Rams in the NFC West, and it gave the Seahawks seven consecutive wins over Philadelphia (including playoffs) dating to 2011.

Over or Under 48.5 total points scored tonight between the Eagles and Seahawks? 🤔

.@qdiggs6 was RIGHT. THERE. for the interception on fourth down!