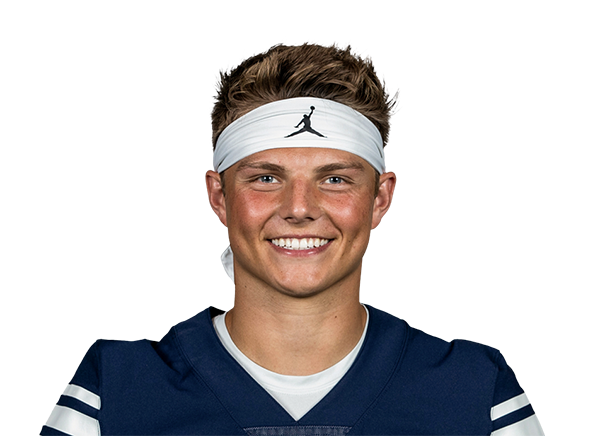 BYU quarterback Zack Wilson is a top prospect for the NFL Draft but maybe not a 1st round draft pick. The NFL draft is still five months away, and many things can happen but this current draft class is deep with talent especially at quarterback. Zach has declared for the draft yet but many analysts believe that he will. Todd McShay had him fourth right behind Trevor Lawrence, Justin Fields, and Trey Lance. Many believe that Zach will be taken before Alabama’s Mac Jones but it’s close enough to where analysts don’t know who’s the better prospect. Todd McShay also believes that if Zach Wilson is picked in the first round it will come later, and the team that will select him would be the Patriots.

If you watched Zach Wilson play right away you can see his ability to extend plays and his deep ball accuracy. He has a good frame standing at 6-3 but could pack on some more muscle. He also has good mobility when he decides to leave the pocket. He’s not a runner but has enough speed to keep the defense on their toes.

He has moments during the game where he falls in love with playing hero ball. He needs to learn to throw the ball away if there’s no opportunity for his receivers to make a play. He believes his athleticism can get him out of trouble, but at the next level that might be a problem. He also has a hyper competitive spirit that NFL scouts love to see. He may have shoulder issues in the future because of a torn labrum that he’s been dealing with since high school.

However, he has demonstrated the ability to throw deep even with a bad shoulder. This season Wilson has been putting up video game numbers, and is the Heisman conversion. When he played North Alabama scouts where in shock of his outstanding performance. Zach has the potential to do great things at the next level if he can stay healthy.