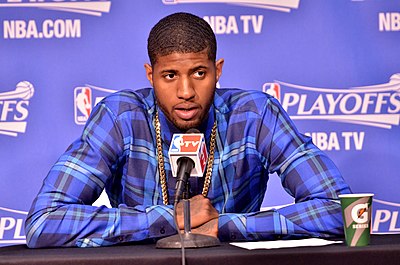 Six-time All-Star forward Paul George has signed a maximum contract extension with the LA Clippers that guarantees him as much as $226 million over the next five years.

The Clippers are extending George’s contract for an additional four years at $190 million on top of the $35.4 million guaranteed him for the 2020-21 season.

The extension solidifies one of the Clippers’ cornerstone players for the long term, a franchise priority in the aftermath of surrendering a massive package of players and draft picks to Oklahoma City to acquire George at the start of free agency in 2019. George’s addition served as a catalyst for Kawhi Leonard to commit to a free-agent deal with the Clippers and create a tandem expected to compete for NBA championships.

The next step for securing the franchise’s future will be centered on re-signing Leonard, who could become a free agent after this season.

The Clips simply can not afford to let PG walk away in free agency.