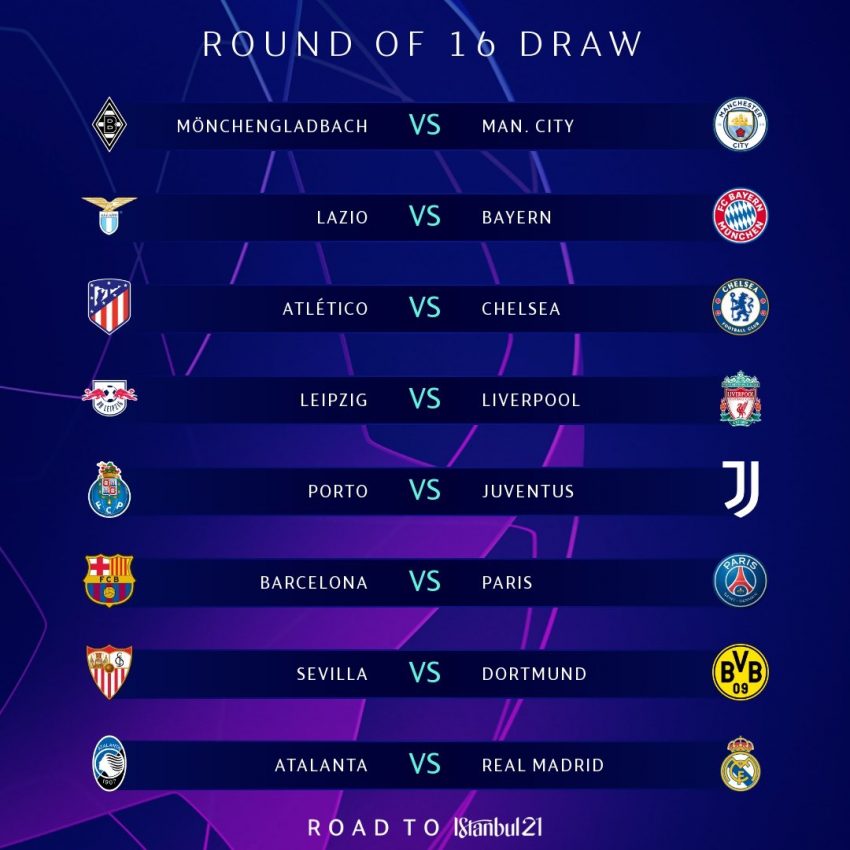 Barcelona vs Paris Saint-Germain is the pick of the round in the Champions League last 16 after the draw for the first knockout stage was made by UEFA, in a replay of the incredible 11-goal last 16 tie between the two in 2016/17.

Atletico Madrid against Chelsea is another intriguing tie between European heavyweights, as is 2019 winners Liverpool taking on 2020 semi-finalists RB Leipzig, who beat Tottenham over two legs in the last 16 last season and knocked out Manchester United in the group stage.