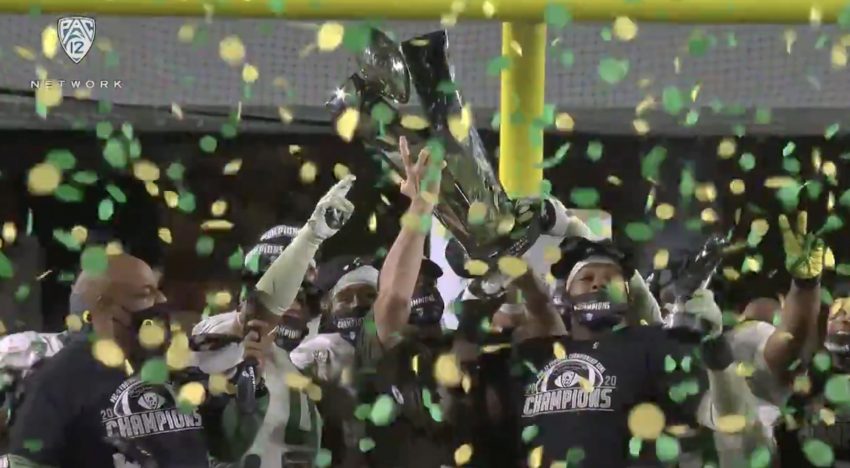 Oregon captured its second straight Pac-12 championship on Friday night by withstanding another late rally from USC to win 31-24. USC entered 5-0 with a trio of last-minute victories to its credit, but the Trojans could never quite climb out of an early 14-0 hole, despite another late comeback effort.

This was the conference title matchup that was predicted in the league’s preseason media poll. But Oregon was not actually supposed to be here. Rather, Washington (3-1) was supposed to represent the Pac-12 North in the title game. However, second-place Oregon got the nod when the Huskies encountered COVID-19 issues that prevented them from playing.