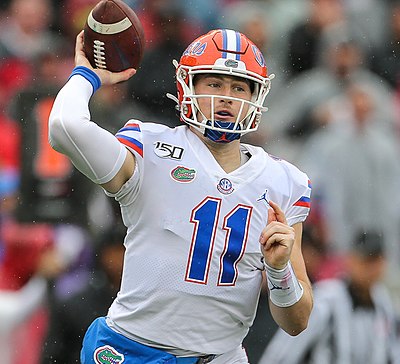 Florida Gators quarterback Kyle Trask announced Thursday that he will enter the NFL draft after a record-setting season that led him to become a Heisman Trophy finalist.

Trask emerged as the Florida starter last year after four seasons waiting for his opportunity, and he took full advantage in 2020 — setting school records for passing yards (4,283) and passing touchdowns (43) in addition to having five 400-yard passing games while leading the Gators to the SEC championship game.