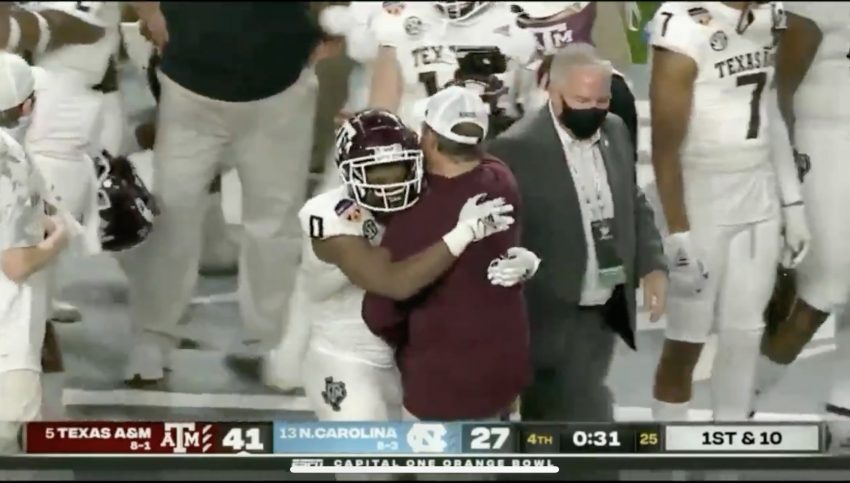 No. 5 Texas A&M capped off its best season of the Jimbo Fisher era with a 41-27 win against No. 13 North Carolina in the Orange Bowl on Saturday night. It was the first New Year’s Six bowl appearance for the Aggies and their biggest bowl game since the 1998 season, so to end up on the winning side puts an exclamation point on their argument as one of the best teams in the country in 2020.