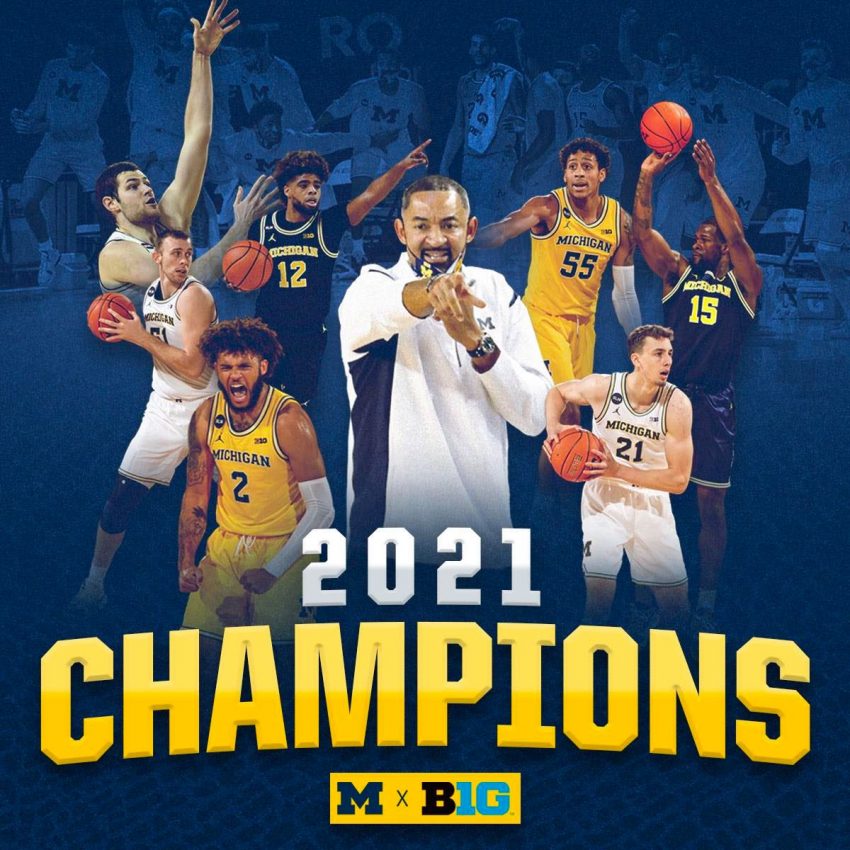 With the painful loss to Illinois fully behind them, Michigan bounced back on Thursday night by defeating Michigan State by a score of 69-50 – capturing the regular season Big Ten Championship in the process. It’s the first regular season conference championship for Michigan since 2014 and the first ever for second-year head coach Juwan Howard.

The Wolverines were in complete control from start to finish, executing on both ends of the floor and maintaining the lead for a full 40 minutes. After scoring just two points against Illinois on Tuesday night, Franz Wagner led the Wolverines with 19 points on 6-12 shooting, including 4-6 from behind the arc. Dickinson was also able to get back on track after a six point performance on Tuesday night, finishing with 14 points on 6-8 shooting from the field.

With the conference championship locked up, the Wolverines will look to finish the season strong as they travel to East Lansing on Sunday for another matchup with the Spartans. Regardless of the result on Sunday afternoon, Michigan is expected to be a No. 1 seed in both the Big Ten tournament and the NCAA tournament.

Michigan is one win away from a Big Ten championship. That’s the tweet. 〽️

What Juwan Howard said after #Michigan clinched the Big Ten championship with a win over Michigan State. https://t.co/WyisG55LrG